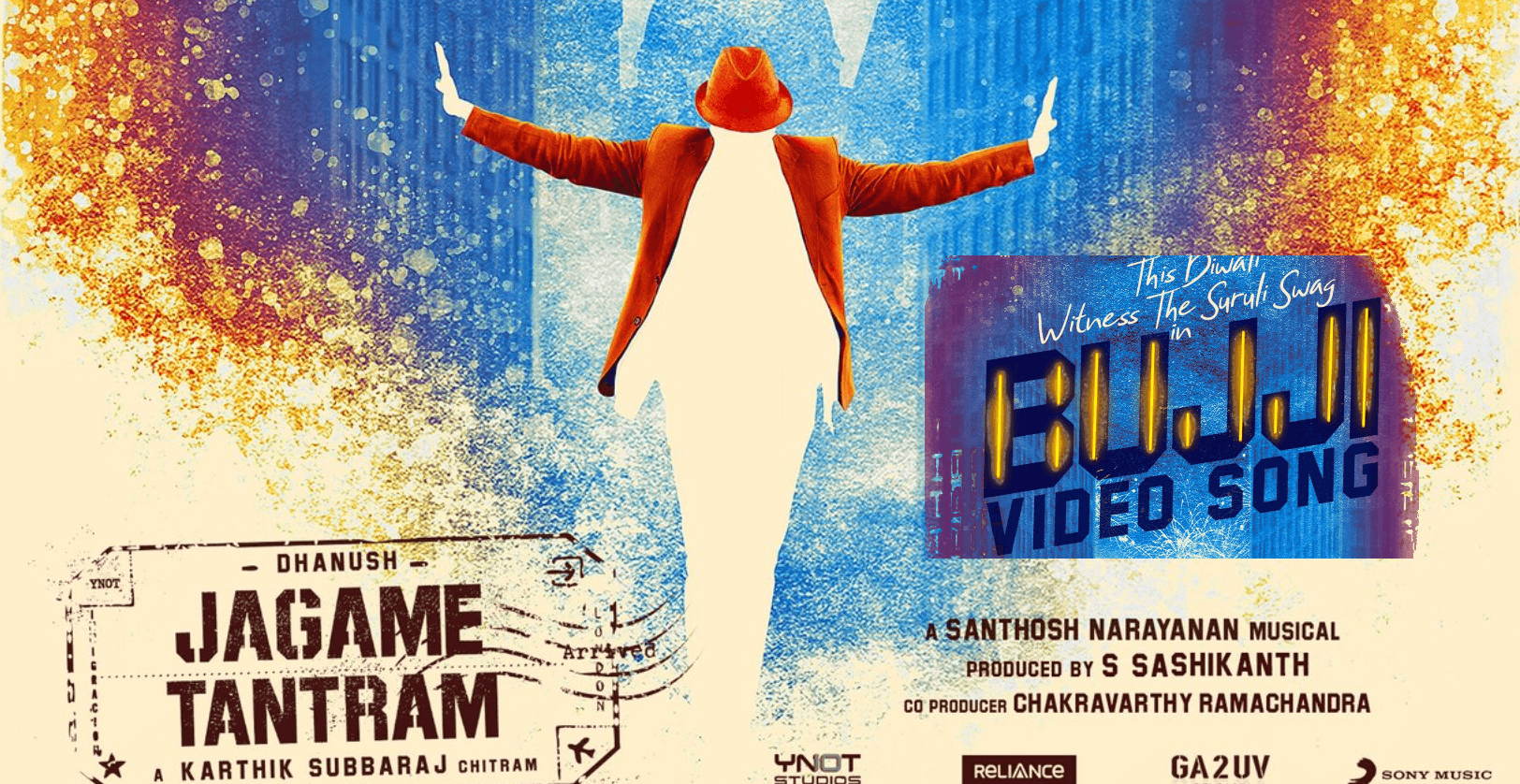 The first single Rakita Rakita song becomes a huge hit in the playlists. Jagame Tantram film was bankrolled by Sashikanth under his banner YNot Studios. The film also made in dubbed Telugu version which has been titled Jagame Tantram.

Here is the poster of Bujji song from Dhanush’s Jagame Thandhiram movie,