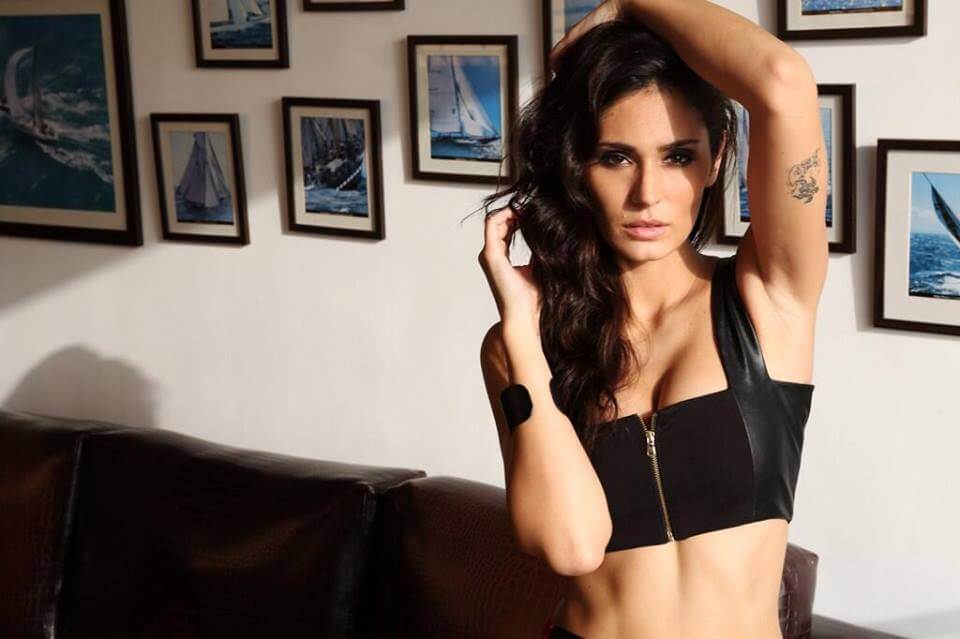 Bruna Abdullah is a Brazilian-born Indian Film Actress, Model and Television Actress who works mostly in Hindi film industry. She played the role of “Mery” in the adult comedy film Grand Masti and Giselle in Punit Malhotra’s Hate Luv Storys (2010). She has also starred in the 2012 blockbuster Tamil film Billa II. Check out below for Bruna Abdullah Wiki, Biography, Age, Movies, Images, and More.

Bruna Abdullah was born on 24 October 1986 in Porto Alegre, Brazil. Her parents are of Lebanese and Portuguese ancestry. She came to India as a tourist and began working as an Actress. She settled in Mumbai to pursue her acting career. She appeared in several advertising commercials like IndusInd Bank, Reebok, Fiama di Wills and many more.  She started off with her first video in Shekhar Suman’s song from his debut album ‘Mere Gham Ke Dayre Mein’ She then got an item number called ‘Rehem Kare’ in the movie ‘Cash’, which did not do well at the box office. She has also participated in the reality TV Show Dancing Queen and Khatron Ke Khiladi. She also participaed in the most popular show Fear Factor. She appeared alongside cricketer MS Dhoni in Reebok’s commercial ad. Currently, she is in a relationship with businessman Omar Farooque.