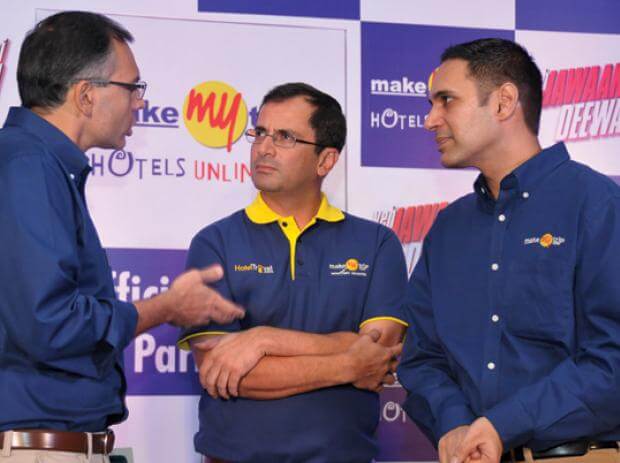 As the Prime Minister Narendra Modi lead government that issued the notification of banning cattle trade for the massacre, the debate over the beef ban has been gripped the country once again. Among this continuing controversy and the political slugfest over the new central law on the cattle trade and killing, the travel website MakeMyTrip faced the fury of trolls on the social media after a Twitter account that the name of Keyur Joshi (@keyurjoshi_ made) posted aginst the beef ban.

The hashtag shows that #BoycottMakeMyTrip trended on Twitter with people uninstalling the MakeMyTrip app. But the story is not ended here. The travel website that faced the analysis that notwithstanding the fact that Keyur Joshi was no longer associated with them. The insult against the MakeMyTrip is the another example of the ignorance of Twitter Trolls.

#BoycottMakeMyTrip trended on Twitter with people uninstalling the MakeMyTrip app

“#Beefban I am a strong supporter of @narendramodi & a vegetarian for life.But I will now eat Beef only in India to support freedom of food,” tweeted Keyur Joshi, who is among the founders of MakeMyTrip travel portal. “#beefban If Hinduism does not takes their rights for the choice of food, that i preferably not to be a Hindu.@narendramodi @BJP4India can’t decide what people eat,” said Joshi in another tweet.

The supporters of Narendra Modi were miffed about this on Twitter and started hashtag #BoycottMakeMyTrip to teach him a lesson.

Many people started deleting the MakeMyTrip App after being angered by the entire incident, that advised the travel website to announce the clarification. “The opinions that are expressed by Mr Joshi on Twitter are his thoughts & it does not reflect the views of MMT. And he is not the current employee of MakeMyTrip,” explained MakeMyTrip on Twitter. The anger against the MakeMyTrip is, however, an another example of how the ignorant and the misinformed people are on the social media.

The trolls are often forgotten to check that who is their target. Recently, the actor Sonu Sood has faced the same backlash for a comment that is made by the singer Sonu Nigam.

The Sonu Nigam was insulted a section of the society while tweeting against morning Azaan being played on loudspeakers, asking it forced religiousness and ‘Gundagardi’ and Twitterati involved Sonu Nigam with Sonu Sood, and the latter is suffering mean trolls on Twitter.

Same like this it has also happened to Sanpdeal. The Twitterati went wild after hearing that the CEO of SnapChat openly called India is a poor nation. The troll was confused between Snapdeal and SnapChat, and it is the former company that had faced the backlash for something, and they never did it in the first place. Seldom, people cannot see troll yet right.