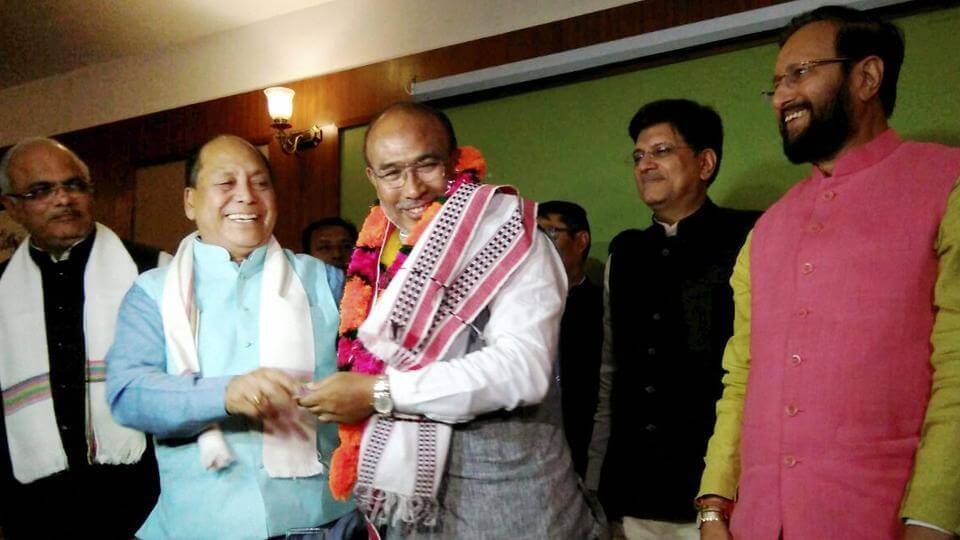 It was a historic moment for the BJP on Wednesday when the party leader Nongthombam Biren Singh took oath as the Chief Minister of Manipur. It is the first time where BJP has come to power in the state, which had been a Congress bastion so far. It has come after the Governor Najma Haptullah invited the BJP-led coalition under Singh to form the next government in the state after being assured of necessary support from regional parties and Independents. 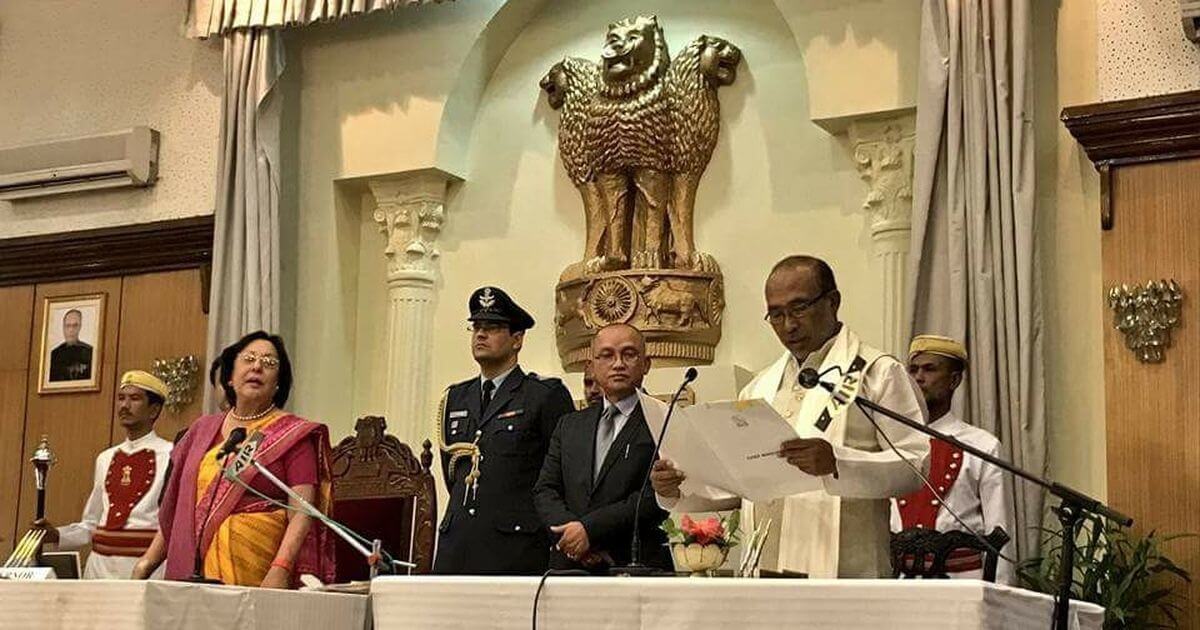 It is the first time where BJP has come to power in Manipur, which had been a Congress bastion so far

BJP had won 21 seats and had made a bid for the power claiming that it has the support of 33 legislators in the whole of 60-member assembly. Biren Singh, a national level football player-turned-journalist, was the key member of the Congress party when he decided to join BJP in October 2016. Biren Singh started his political journey with a regional Democratic Revolutionary People’s Party in 2002.

BJP Chief Amit Shah and Union Minister Venkaiah Naidu were to attend the swearing-in ceremony, but their plane to Imphal had to return to Delhi after it had developed technical snags in the engine. The trip was shelved after the aircraft returned, and the two leaders had to give the function a miss.

Manohar Parrikar has resigned to take on the new role of Goa’s Chief Minister and after which Manipur would be the second among the five states where elections were held recently where the BJP would form a government despite not being the single largest party by cobbling together a post-poll alliance. Congress led the tally with 28 MLAs. Okram Ibobi Singh, its Chief Minister for three continuous terms, had resigned and staked claim to form the government. However, the numbers were on BJP’s side. BJP runs the coalition government in Assam and has its government in Arunachal Pradesh crafted through defection.