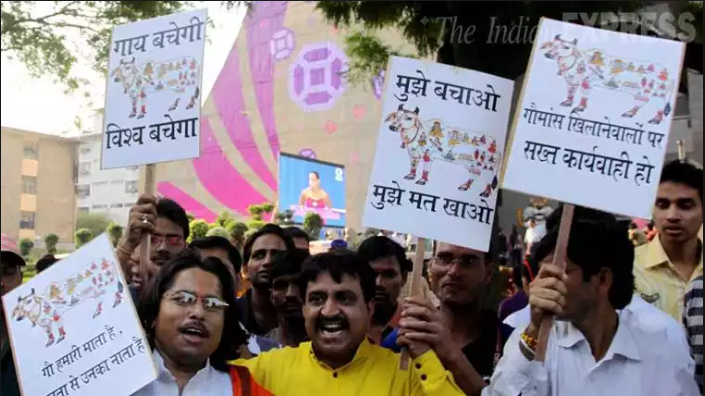 Amid a crackdown in the Uttar Pradesh by the newly formed BJP government to enforce a ban on the cow slaughter and illegal abattoirs, the party has clarified that a similar rule will not be imposed in three northeastern states which they go to polls next year. PM Modi has led the BJP to a historic victory for the saffron party as it was the more remarkable for the BJP in Uttar Pradesh

Beef is widely consumed by the Christian majority in Meghalaya, Mizoram, and Nagaland and the drive against the illegal abattoirs in the UP have had repercussions in these states. To put the speculations to rest, the party’s Meghalaya unit general secretary David Kharsati issued a statement on Sunday blaming “groups with vested interest” for spreading rumors.

Nagaland BJP chief Visasolie Lhoungu told as quoted “Ban on the cow slaughter like the one in UP won’t take effect in Nagaland if our Party (BJP) comes to power next year. The reality in those states is very different, and our central administrators were aware of that.”

As per the 2011 census nearly 88 percent of Nagaland’s population of around 2 million, were Christians. The figure is 87 percent for Mizoram and nearly 75 percent for Meghalaya. The Congress is in power in Meghalaya and Mizoram while BJP is a minor partner in the Naga People’s Front-led Democratic Alliance of Nagaland (DAN) coalition in Nagaland.  Mizoram BJP president JV Hluna said that there would be no ban on cow slaughter in Mizoram and other states in the region where there is a majority Christian population.

Fresh from the electoral victory in Manipur, where the saffron party managed to set up its first government with the help of smaller parties, BJP is looking to repeat the similar successes in the three states as well. The party was already in power in Assam following a remarkable win last year and was able to form the government in Arunachal Pradesh towards the end of 2016 when CM Pema Khandu and most People’s Party of Arunachal (PPA) MLAs switched sides and to join BJP.

Slaughter of animals and birds in the private homes and social gatherings are still taking place across north-east as a part of tradition associated with some festivals. The BJP had failed to get a single seat in both the 60-member Meghalaya assembly and in the 40-member Mizoram assembly in 2013. The Party in Nagaland had won two seats five years before.

Meghalaya BJP chief Shibun Lyngdoh said that even in UP, the action is being taken on slaughterhouses operating without the proper license. While there would be no ban on cow slaughter, we would like the government to ensure killing and sale of animals is done legally and in a hygienic manner.

Lhoungu said that they are in BJP because of the party’s development agenda. The party’s position is improving, and more and more people are joining. Things look bright for next year, he added. The party’s Mizoram unit chief Hluna has indicated that like in Assam and Manipur, several senior leaders from Congress and other regional parties could join the BJP ahead of the assembly elections.

Delhi Music And Food Fest Has A Little Something For Everyone