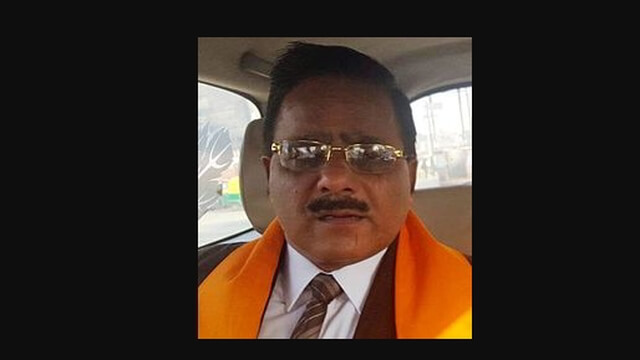 A BJP MLA in CM Yogi Adityanath’s parliamentary constituency Gorakhpur on Sunday had pulled up a woman IPS officer publicly made her teary-eyed, an incident that was captured on the camera and triggered a spate of allegations. Earlier, Shiv Sena MP Ravindra Gaikwad has beaten up an elderly Air India employee by his slipper, made govt proposed rules for ‘No-Fly’ list with three levels.

The police have claimed that the MLA was angry as she had removed some people, opposing against a liquor shop, whom he had said to stay put till he arrived. The MLA, however, had accused the police officer of high-handedness and rejected her accusations as baseless.

The conflict occurred in the Kareemnagar area of the city where some of the people, protesting against the liquor shop, were removed by the police. Local BJP MLA Radha Mohan Das Aggarwal had reached the spot amid the criticisms by protestors because the Circle Officer Charu Nigam had forcibly cleared them.

They alleged that the police had hit a woman and even dragged an 80-year-old man. The MLA had questioned the IPS officer about the action and said her that there had been the orders by the state government that liquor shops would not function in the densely populated residential areas. 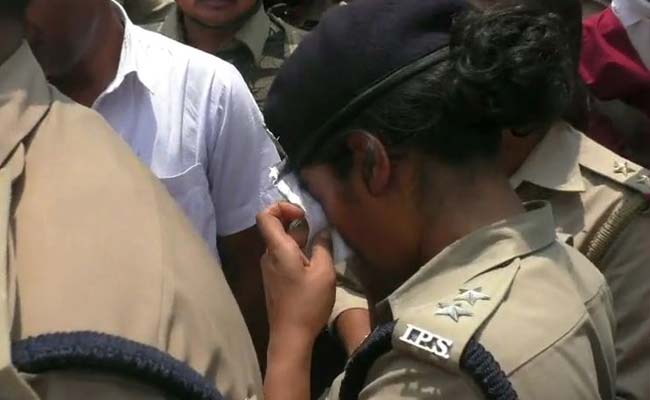 The police have claimed that the MLA was angry as she had removed some people, opposing against a liquor shop

Among the exchange of words, Nigam had taken out a handkerchief and wiped her tears, visuals that were captured and telecast by the news channels. The police officer had later accused the MLA of misbehaving and abusing her. “The MLA misbehaved with me and had refused to acknowledge in full public that he is speaking to a lady police officer,” Nigam stated.

On the footage showing her wiping tears, she said, “I did not weep, as it is not imbued with my personality. However, I have got emotional when my senior officer has supported me.” The protestors were removed from the road as they were obstructing the traffic, she told.

When the MLA reached, the road was free from the protestors, which apparently angered the MLA as had asked them to stay and lift the blockade after his persuasion, Nigam had claimed. On the other hand, Aggarwal had accused the IPS officer of exercising high-handedness with the protesters, who were demanding the closure of an alcohol outlet in their locality.

Aggarwal rubbished the allegations that he offended her. He alleged that there was a tacit compromise between the police and the liquor mafia as the liquor shop was closed 15 days back had suddenly started doing business again. When asked to comment on the footage telecast by the local news channels, Aggarwal mentioned “Is my body language revealing that I am misbehaving with her? I was not talking to the Charu Nigam, but to SP (City). So see my body language properly.”

“If you see the video recording of that incident, you may find the lady officer removing the protestors forcibly, and you would see the reality,” the MLA said. The woman IPS officer has been quite active in the newly formed anti-Romeo squad, and she has been nicknamed by some media organizations as the ‘Lady Singham‘ after a Bollywood movie.