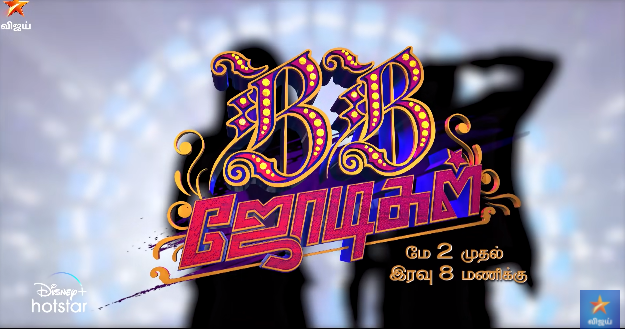 Bigg Boss Jodigal (2021): Star Vijay TV‘s latest show brings all the favorite Bigg Boss contestants back to the channel. After the end of Bigg Boss season, the audience is eager to watch their favorite celebrities on a show. BB Jodigal show has various contestants from all the seasons where they showcase their dance talents by paring. They play as Jodi and hit the floor to emerge the victory title at the end. The show will be judged by Ramya Krishnan and Nakhul. Actress Ramya Krishnan is back to television after some years.

Bigg Boss Jodigal Show featuring Vanitha, Fathima Babu, Gabriella, Julie, Shariq Haasan, Balaji, Samyuktha, Anitha sampath and more. This show starts to lighten your home on Star Vijay TV from May 2, 2021 at 08:00 PM. Watch all the latest episodes of Bigg Boss Jodigal (BB Jodigal show) that premiers online on Disney+ Hotstar VIP. It is available for both Android and iOS.

Check out the contestants of Bigg Boss Jodigal,