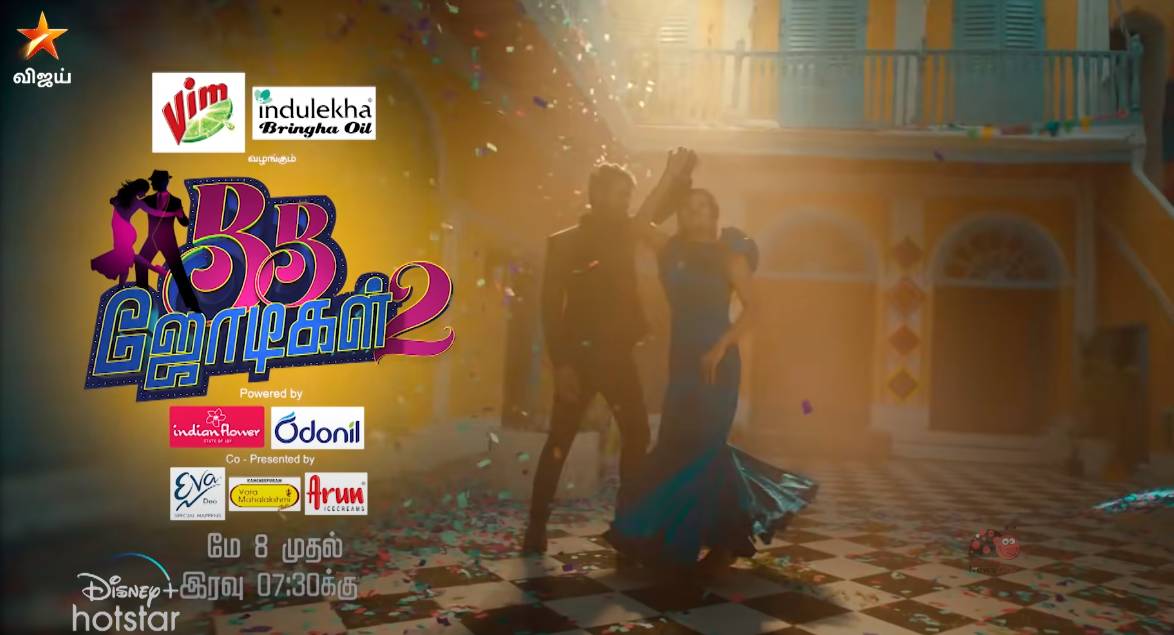 Bigg Boss Jodigal 2 ( BB Jodigal 2): The celebration of Star Vijay’s Bigg Boss Jodigal Season 2 is set to begin on May 08, 2022. The latest season brings the all-new contestants and episodes. It is hosted by Raju and Priyanka Deshpande. This BB Jodigal season 2 has a revamped version of rounds, and tasks that will entertain the audience at the weekends. It is to be noted that BB Jodigal Season 1 title winner is Shariq Khan and Anitha. Watch BB Jodigal 2 episodes on Star Vijay TV, every Sunday at 07:30 pm.

The latest episodes of Bigg Boss Jodigal 2 will premiere on Star Vijay TV. It has contestants like Pavni, Amir, Harathi, Velmurugan, Dannie, Abhishek, and more. Ramya Krishnan is the judge for the new season. After the end of Bigg Boss reality show (2022), the viewers and fans are much more eager to see their favourite celebrities on screen. Watch this visual entertainment treat of BB Jodigal Season 2 online on Disney plus Hotstar.

Take a look at the complete list of BB Jodigal Season 2 contestants here,

The BB Jodigal 2 has a new judge

The title winner of BB Jodigal 2 will be updated here,

Here are the complete details of BB Jodigal 2,