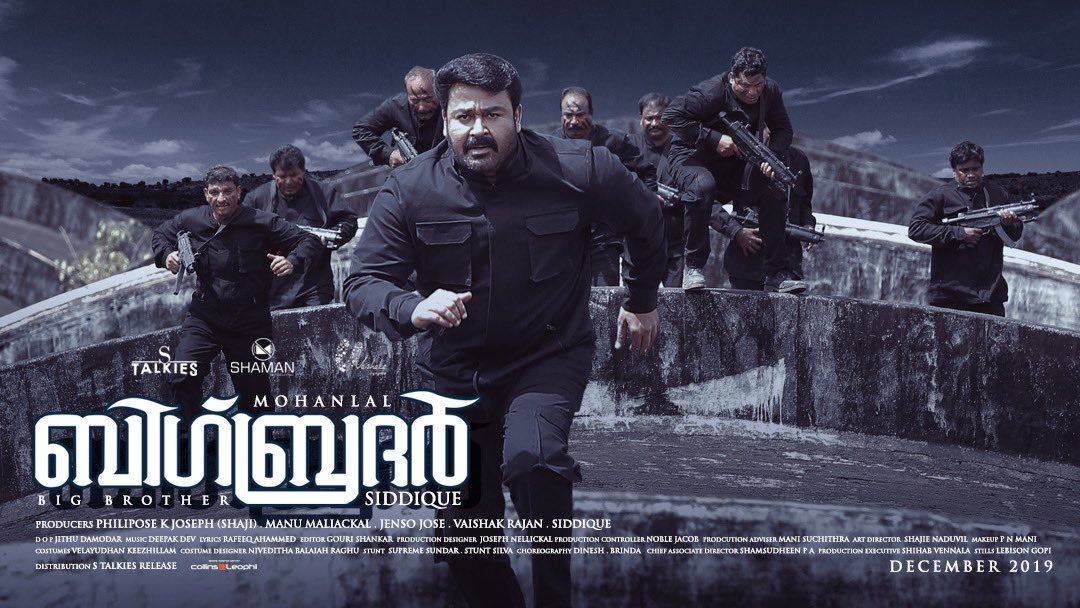 The motion poster of the film was released online on November 30 (Friday). The video shows actor Mohanlal in a stylish look. It also revealed that Big Brother will be a January 2020 release.