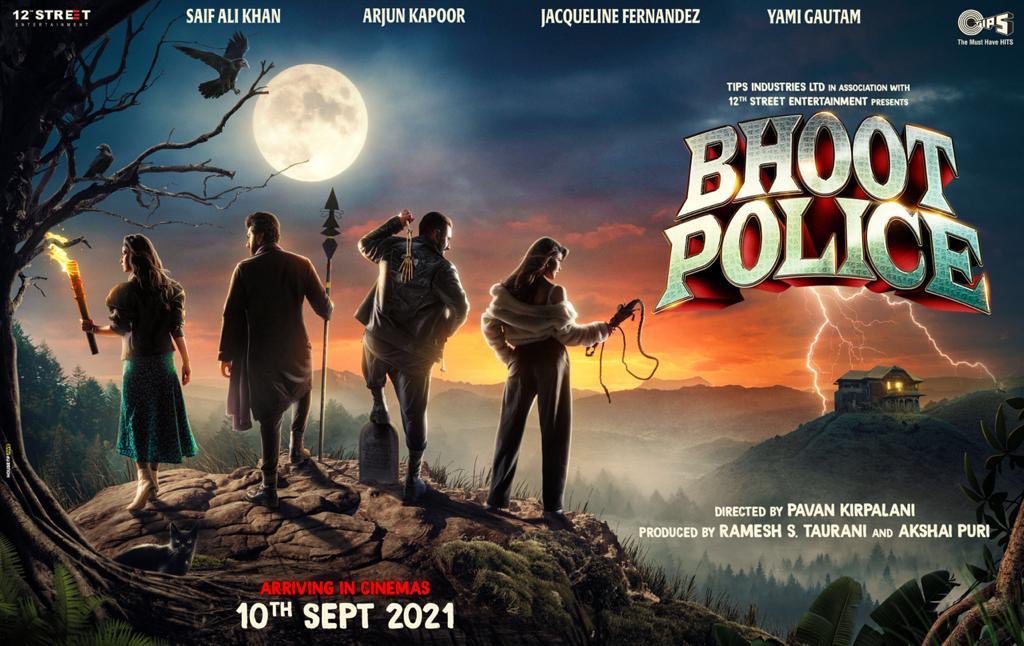 Bhoot Police is an upcoming Hindi movie starring Saif Ali Khan and Arjun Kapoor in the lead roles. The horror comedy-drama was directed by Pavan Kirpalani, known for his horror genre films like Phobia, Ragini MMS, Darr @ the Mall. The makers reveal that the film will go floors in December 2020 amidst the coronavirus pandemic. Saif and Arjun will be sharing the screen space for the first time. Both Bollywood actors will be portraying the role of ghost hunters. According to director Pavan, the film will be a crazy entertaining and spooky adventure comedy-drama. The film is slated to be released on 10 September 2021.

Earlier, the film is set to star Ali Faizal and Fatima Sana Shaikh along with Saif Ali Khan. Let’s wait for the official confirmation.

The trailer video of upcoming hindi movie Bhoot Police is yet to get released.