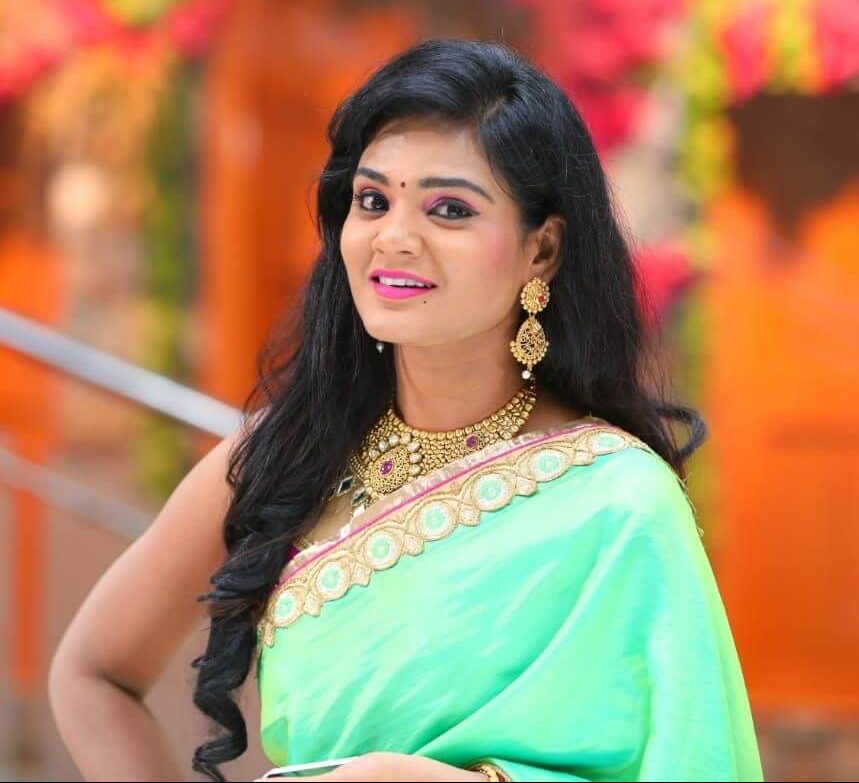 Bharatha Naidu is an Indian actress, who predominantly works in Tamil film and television industry. She made her acting debut in the Tamil film “Thaen mittai” directed by Bhasker. Bharatha Naidu has acted in a movie “Niranjana” in 2017. She also appeared in films of Happy Married Life and Relationship.

Bharatha Naidu was born in Kundur, Karnataka, India. Her father name is Raman and her mother is Subha. She did her graduation in Anna University. She also acted in the movie “Adra Machan Visilu” along with Shiva, Naina Sarwar, Power Srinivasan and the movie was directed by Thiraivannan. Bharatha Naidu is currently acting in a supporting role in
Zee Tamil serials Devathaiyai Kanden and Sembaruthi.