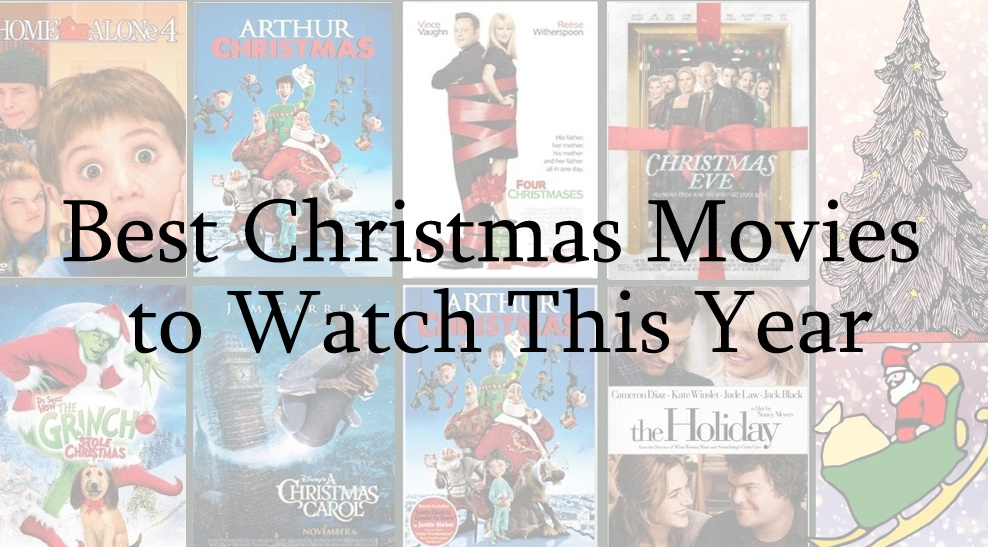 Christmas is a special eve for everyone and every year it represents numerous things for the people, but some movies turn them in. People can easily lighten their holiday mood by indeed watching a great Christmas movie. To make the Christmas celebration even better watch some best movies with your family and friends by sitting along with them on the couch. You can also watch various movies according to your moods like a classic film, a romantic comedy, or a funny kids’ flick. Some evergreen Christmas movies will make people happier and cheer up them to celebrate the eve much better. Here we listed some latest Christmas Movies.

Best Christmas Movies of this Year

A Cinderella Story: Christmas Wish is a teen comedy musical Hollywood movie. It is the fifth series of A Cinderella Story film series written by Michelle Johnston. The story of this movie says about Cinderella’s pain caused by her stepmother and stepsisters, and she finds her holiday miracle with the help of an elf who works at a Christmas tree lot. The movie was produced by Dylan Sellers & Michelle Johnston.

Holiday in the Wild is a romantic comedy Christmas movie written by Neal Dobrofsky and Tippi Dobrofsky. The story of this movie revolves around Kate Conrad, who planned to go the second honeymoon with her husband to Zambia, but he was about to end their marriage life. So she planned to go alone, and while going on the plane, unfortunately, she landed in the forest. Then how is she rescued and what happens between Kate Conrad and the pilot Derek is the plot of the story.

Let It Snow is an American Christmas romantic comedy movie produced by Dylan Clark & Alexa Faigen. The story of this movie is based on the novel Let It Snow: Three Holiday Romances, which was written by John Green, Lauren Myracle & Maureen Johnson. The entire movie is about a small beautiful village affected by the snowstorm. The storm has collapsed the whole life of the people in the village, which affected the love lives, friendships, and futures of several high school seniors.

Klaus is an animated comedy Christmas movie written by Sergio Pablos. The movie shows an alternative origin of Santa Claus. The story is about a selfish postman and a reclusive toymaker’s unlikely friendship and how they deliver the Christmas gifs to the dark town. The animated movie was produced by Jinko Gotoh, Sergio Pablos, Marisa Roman, Matthew Teevan, Mercedes Gamero, Mikel Lejarza Ortiz & Gustavo Ferrada.

Last Christmas is a Hollywood romantic comedy produced by Paul Feig, Jessie Henderson, David Livingstone & Emma Thompson. The movie is based on the song of the same name and inspired by George Michael’s music. The story is about a girl Kate who works in a disenchanted Christmas store where meets a mysterious man and starts a relationship with him is the plot of the story.

Noelle is a fantasy comedy Christmas movie produced by Suzanne Todd. The story is about a girl Noelle Kringle who is the daughter of Santa Claus. After the retirement of her father, her brother refused to take the role of Santa. And how she overcomes the situation is the plot of the story.

Christmas Wishes and Mistletoe Kisses is an American romantic Christmas movie written by Liz Sczudlo & Jenny Hale. The story is about an interior designer and a beautiful single mom Abbey Fuller. She loves her family than anything, so she holds her passion for them. Once she got a chance to decorate a millionaire mansion for Christmas eve, she accepts it and what happens between them is the plot of the story.

03. The Knight Before Christmas

The Knight Before Christmas is a comedy Christmas movie produced by Brad Krevoy & Vanessa Hudgens. The story of this movie is about a woman named Brook, who lost her hope of finding her “happily ever after”. She met an accident with a Knight who travelled from the 14th century, and he suffered by amnesia due to the accident. She keeps him safe until he regains his memory is the plot of the story.

The Holiday rush is a Christmas comedy-drama produced by Julie Crank Di Cataldo, Sean Dwyer & Elizabeth Cullen. The movie is about a widowed radio DJ who works at WMLE radio station. Before Christmas, he lost his job, so he left his four children in their aunts home until he becomes rich. Later he comes back as a rich person and makes them happy.

01. A Christmas Prince: The Royal Baby

These are the latest must-watch Christmas movies. The list will surely help you to watch the right movie on the Christmas holiday.