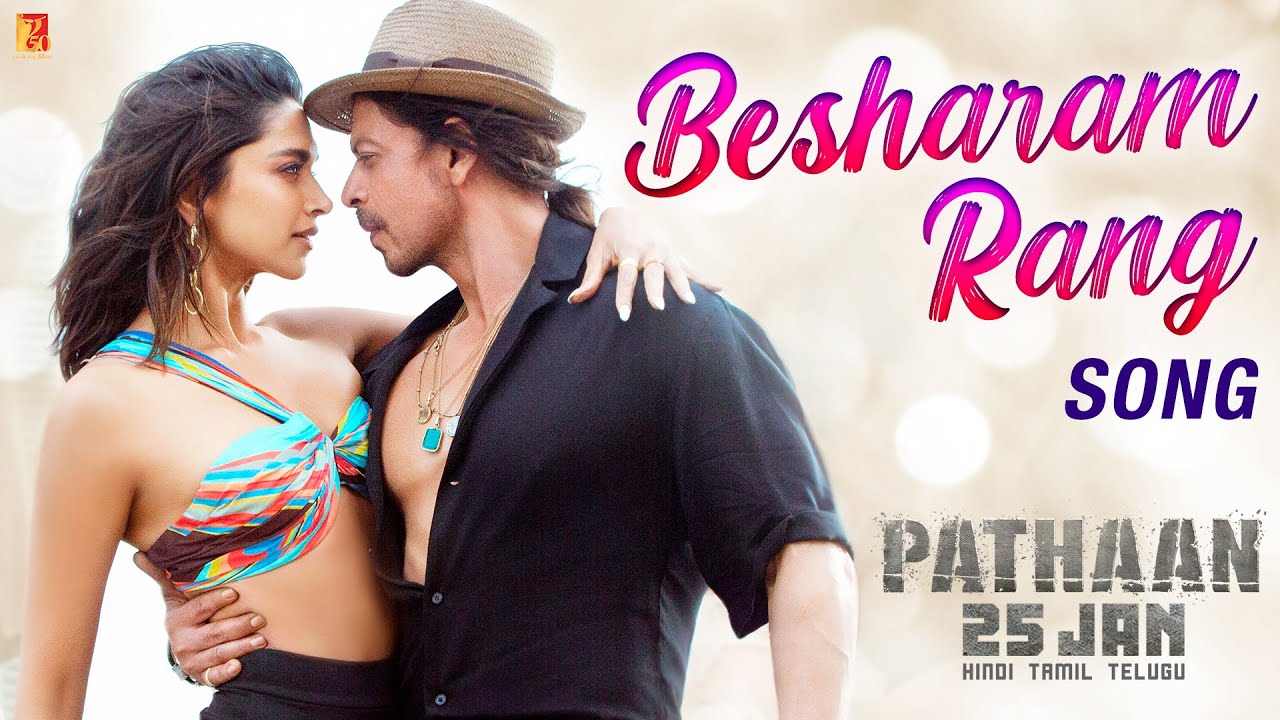 Besharam Rang song is the first single from Pathaan released on December 12. Deepika Padukone‘s stuns in golden monokini for the peppy track. It is touted that the song was shot in Spain. Besharam Rang Song mp3 will be available on Wynk, Gaana, Spotify, iTunes, and other official audio platforms. The video song will be released on the YRF youtube channel. You can also download the Besharam Rang song on official media platforms to watch or listen to it offline.

Pathaan movie features Shah Rukh Khan and John Abraham in crucial roles. The film hits the screens on 25th January 2023. Pathaan movie is set to be released in Hindi, Tamil, and Telugu. It is the fourth collaboration of SRK and Deepika after Om Shanti Om, Chennai Express, and Happy New Year.

Take a look at the poster of Besharam Rang song featuring Deepika Padukone,