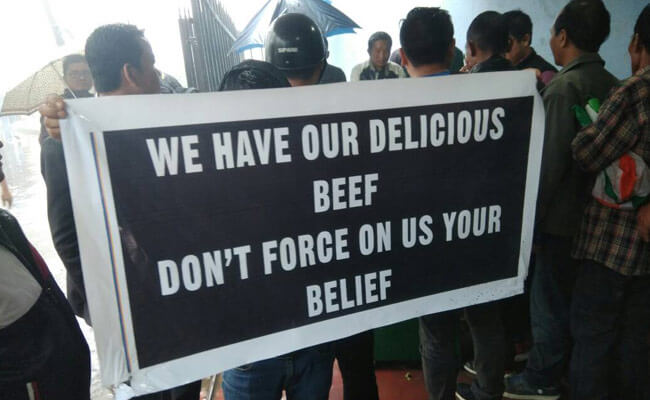 On Monday the Union Home Minister Rajnath Sing said that the Central Government would not force for any restriction on food and it is going to be the people’s choice. Previously, an assurance was given by the Union Minister Venkaiah Naidu that he is following the criticism that happens in several states because of the Center’s new rule of cattle trade. Also, he added that it is like government interfering in people’s choice of food, and he also added that this is fundamental rights of the people.

In this meeting held at Mizoram for the review of border security between India and Myanmar, Home Minister Rajnath Sing had a talk with four Northeastern states Chief Ministers. In this meeting, he said about the food choice for responding to the media questions about the Central rule and they also ban sale and purchase of cattle in the animal market for meat. 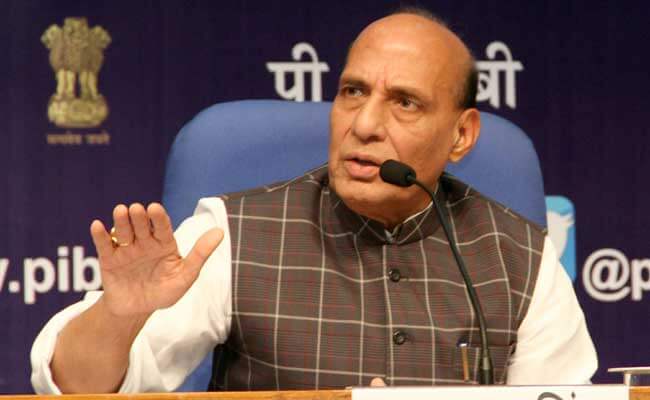 Central would not force for any restriction on food it is going to be in people’s choice.

In most of the Northeastern state’s beef is the standard food and here many peoples were jumped in to protest against this rule this was observed by the Minister. And he also stated that in the neighbouring state Meghalaya because of this rule already two senior BJP leaders were quite the part and they were supporting for the protest. Now the assembly of Meghalaya has passed a resolution against this rule, and for this, the opposition party also supported for this resolution.

In Mizoram, hundreds of people participated in a “beef party” organised by a local group which coincided with the home minister’s visit.

In the time of heavy rain, they conducted a beef party in Vanapa Hall with more that 2,000 peoples this part was conducted just 200 away from Raj Bhavan and there the meeting conducted by Mr Sing with the Chief Ministers.

Remruata Varte from Zofie, the person from the local organisation who conducted the beef party said in the news that before we don’t have any objection in eating Beef but now they planned for a trick to take over our basic rights.

Actress Kritika Chaudhary Murdered in Her Room at Mumbai