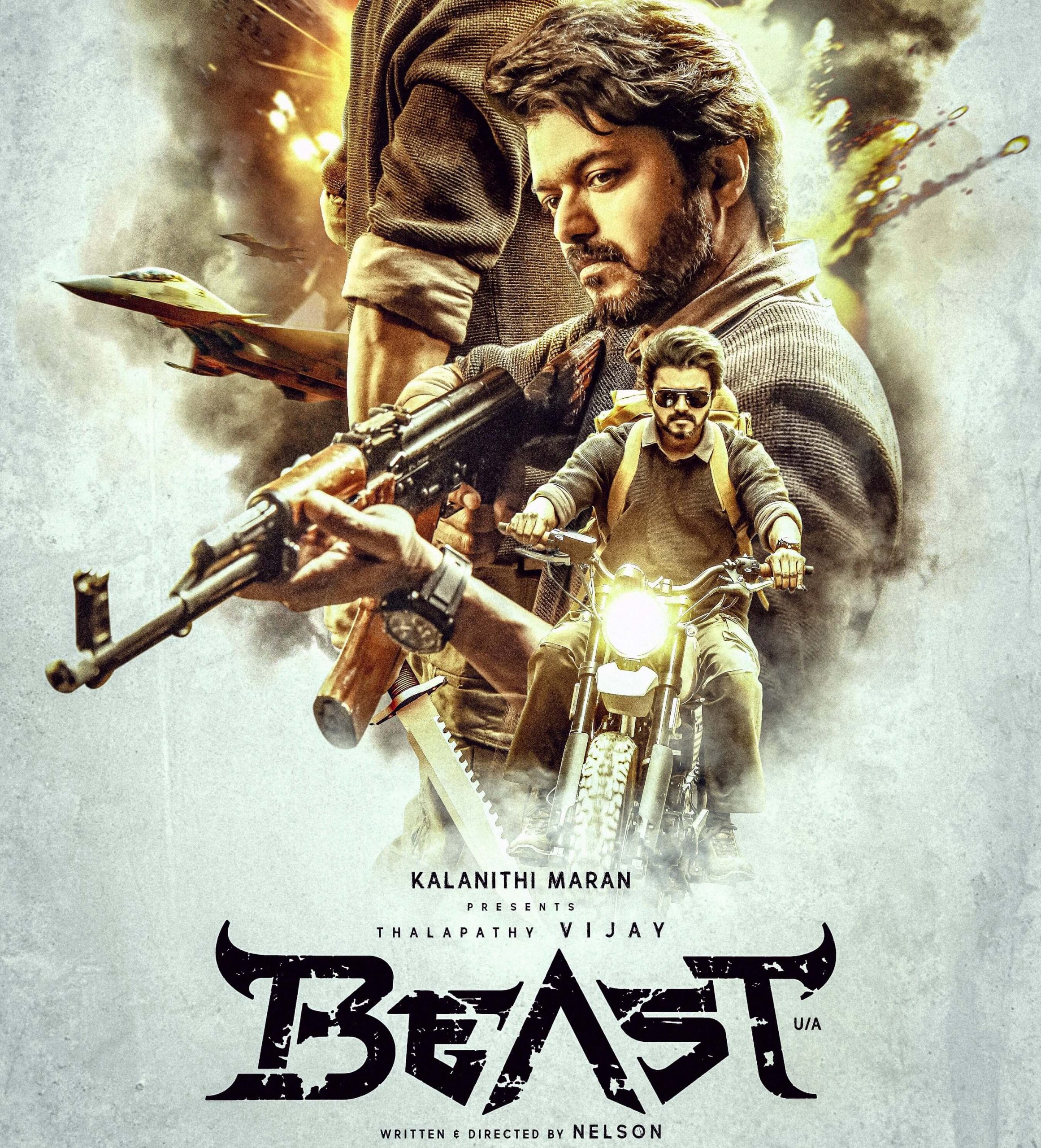 The long-awaited Vijay’s Beast Trailer will be released today at 6:00 pm. Movie lovers are so excited to witness the complete package of an action thriller. The Beast movie is directed by Nelson Dilipkumar who has already given commercial hit movies like Kolamaavu Kokila and Doctor. Also, Nelson has made a cameo appearance in the Jolly O Gymkhana song. The background scores and music were composed by Anirudh Ravichander. Watch Beast Trailer Video Online on Sun TV and Sony Music South YouTube Channel. Download Beast Trailer on Sony Music South and Sun TV, and the Sun NXT app.

Moreover, the music tracks and background scores are on the top charts. Especially, the Arabic Kuthu song has hit with over 256 Million views on YouTube so far. Also, Vijay fans kept it as their ringtone and hello tune as well. Undoubtfully, the trailer would surprise everyone with intense action sequences. Beast is the First Indian Trailer to be released in Premium Large Format. As per the sources, the Beast movie trailer will have a duration of 2 minutes and 57 seconds.