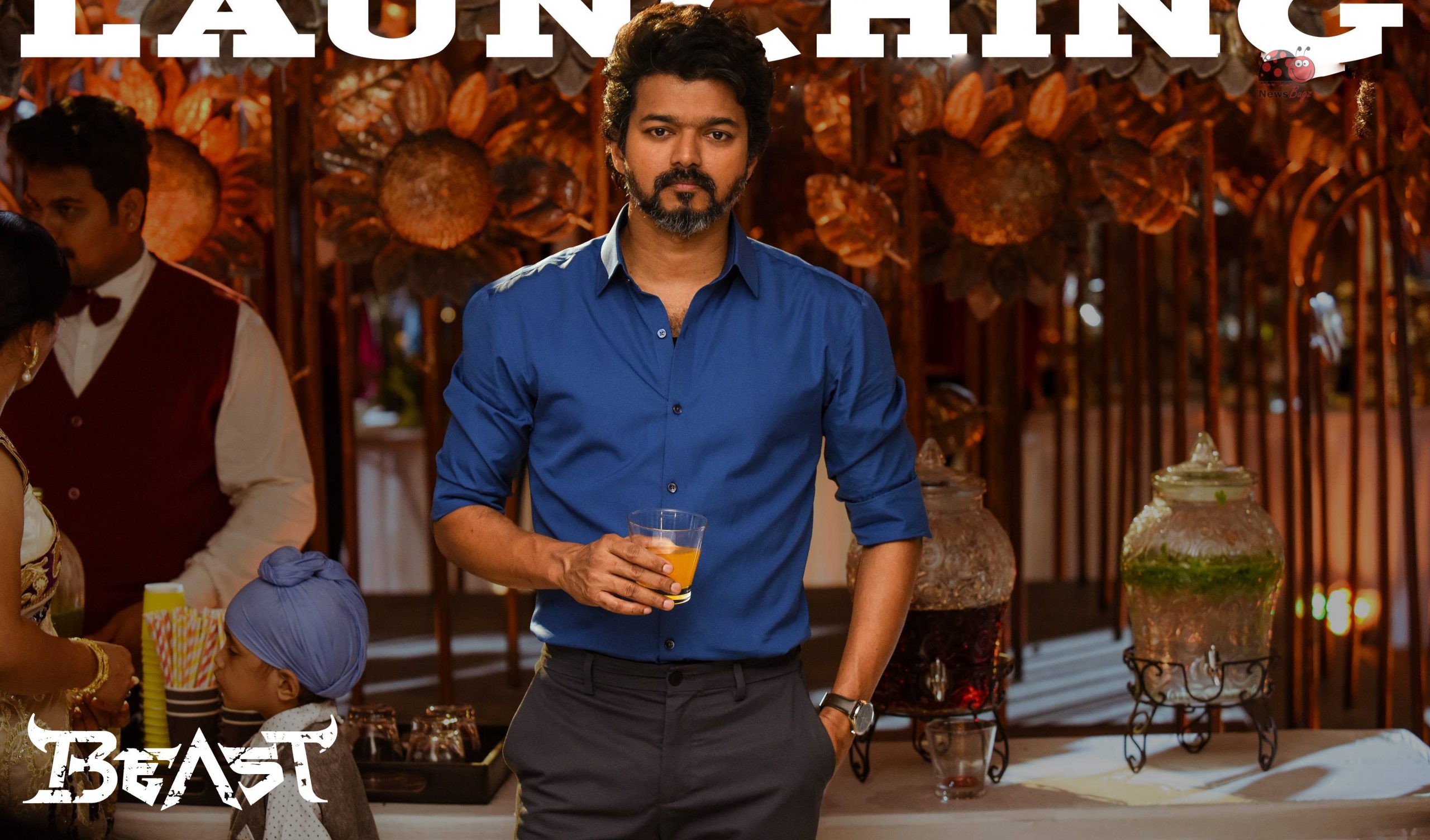 Beast is the latest movie starring Thalapathy Vijay in the lead role. Directed by Nelson Dilipkumar, the film was bankrolled by Kalanithi Maran under the Sun Pictures banner. The music for the film was composed by Anirudh Ravichander. It is the 65th movie for Actor Vijay (Thalapthy 65). The Movie’s first look was released by the whole cast and crew members today 21st July 2021 on Twitter. Director Selvaraghavan plays an antagonist role in the film. He plays the role of a politician. It is the first collaboration of Vijay and Selvaraghavan. Check out the Beast’s Arabic Kuthu Full Video Song here. The film is scheduled to release worldwide on April 13, 2022.

Here’s the interesting picture from the 100th day Beast shooting,

Here is the main cast list of the upcoming Tamil movie Beast 2022,

The ferocious power-packed action drama Beast movie online OTT platform will be announced soon. It is touted that Netflix will bag the streaming rights along with giant sun pictures will release the digital content on their SUN NXT platforms in multi audio formats. Stay tuned with NEWSBUGZ.COM to know where to Watch the latest Vijay’s Beast Movie online.

Listen to the trending chart burst of Beast Tamil songs,

Here is the first look poster of Beast film,