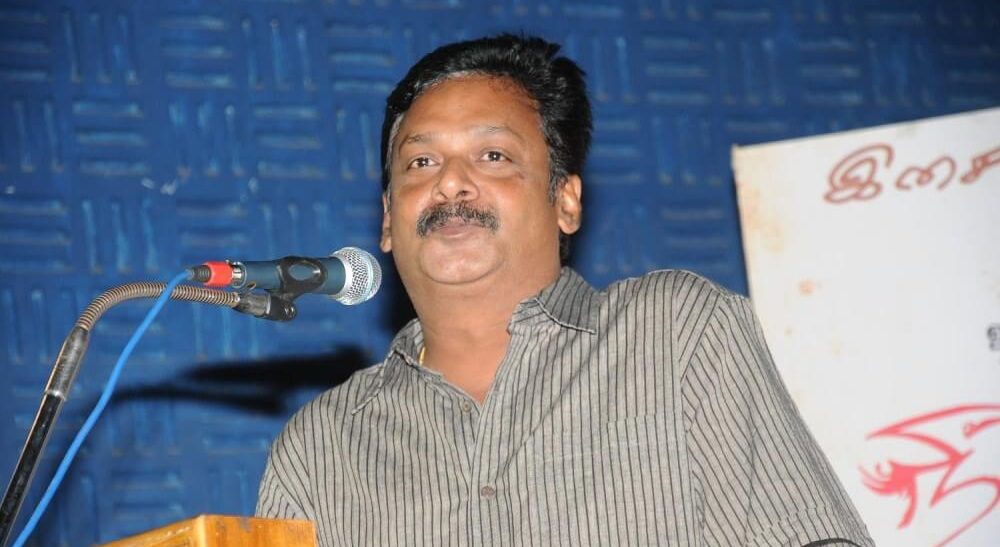 Azhagam Perumal is an Indian movie actor as well as a Director, who predominantly appears in Tamil film industry. He made his debut movie in Tamil titled Alaipayuthey in this movie he appeared as the House owner in the year 2000. Moreover, he worked in some of the popular movies like Ezhumin, Nalanum Nandhiniyum. Check out below Azhagam Perumal Wiki, Biography, Age, Movies List, Family, Image and more.

Azhagam Perumal was born on 25 May 1965, in Kulasekarapuram, Kanyakumari, Tamil Nadu, India. Azhagam Perumal family is now residing in Chennai, Tamil Nadu, India. All his family members were working in government service and his parents wanted him to be an engineer. He did his schooling in Carmel Hr Sec School, Nagercoil and he did his graduation in Arignar Anna College, Aralvoimozhi. Once after his graduation, he applied to Adyar Film Institute but he faced the stiff opposition from his family but he was graduated and won the Gold Medal from the Institute in the year 1991. Once before he started his acting career, he worked as an assistant director under the great director Mani Ratnam from the movie Thalapathi till Iruvar. At the time when Mani Ratnam was shooting the movie Alaipayuthey, he searching for someone like Jagathy Sreekumar to play the quirky house owner, Azhagam Perumal eventually did it and it is his debut movie.

He initially announced his directorial debut in the year 1998 as Mudhal Mudhalaaga and it is the romantic film featured by Arvind Swamy and Karisma Kapoor in the lead roles but the movie is failed to take off. Then he started shooting the movie Udhaya in the year 2002 and the film was featured by Vijay and Simran in the lead roles but the film released in a massive delay but in the meanwhile, he started his another shooting the romantic comedy movie Dumm Dumm Dumm with R. Madhavan and Jyothika for this movie Mani Ratnam worked as the screenwriter and producer. Then the movie was released in the year 2001 which has reached a great success. Once after Alaipayuthe he offered acting to him but he declined as he wanted to revive and complete Udhaya by early 2004.