The first look of actor Vishal’s upcoming film, Ayogya, was released on Twitter. Director AR Murugadoss shared the first look of the film, which stars Raashi Khanna, Pooja Devariya, R. Parthiban and K. S. Ravikumar in the lead role. The film is directed by Venkat Mohan, who had assisted director AR Murugadoss in Thuppakki, Kaththi, Akira, and Spyder. Ayogya is scheduled for worldwide release in January 2019. Check out Ayogya first look here, 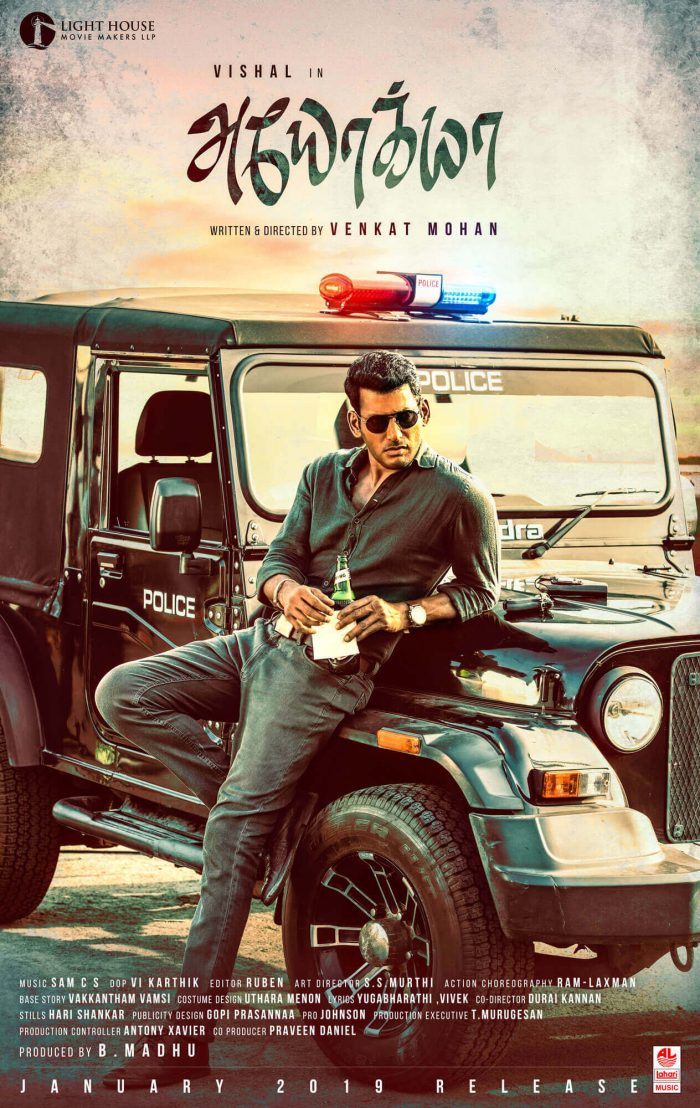 Vijay Sethupathi’s Seethakaathi Trailer is Out Now | Watch it Here