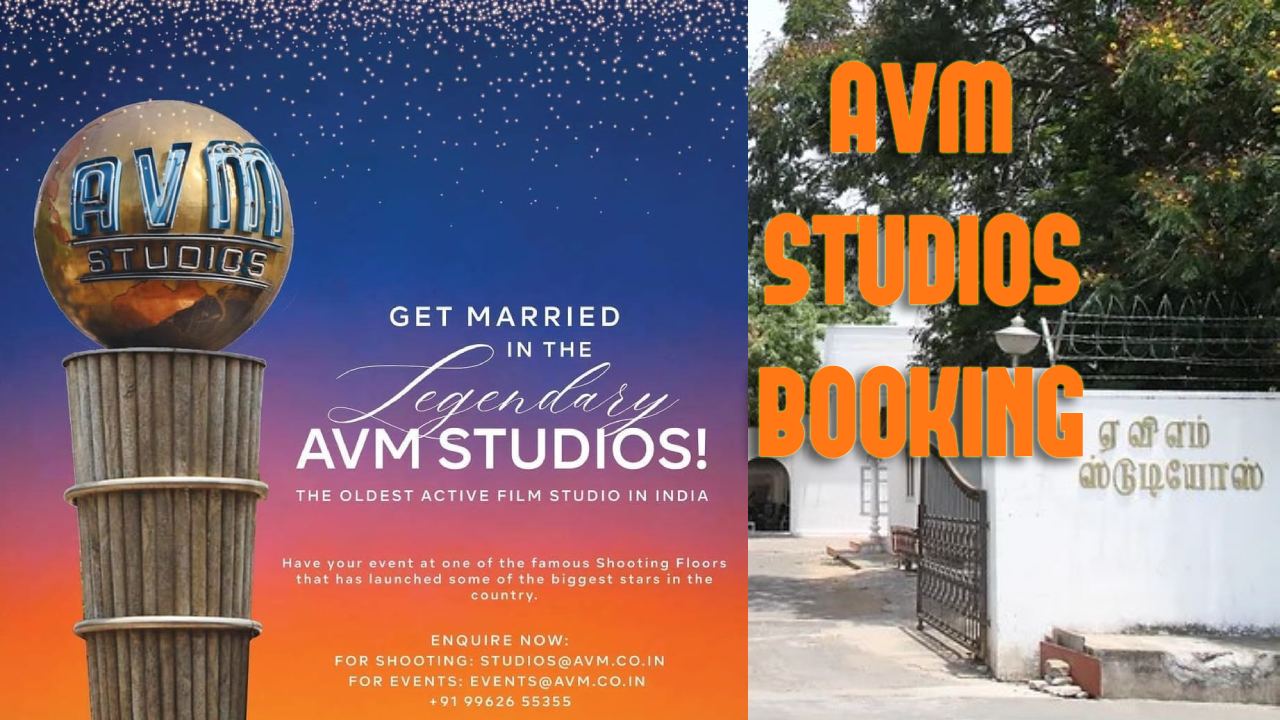 AVM Studios is one of the legendary productions in the Kollywood industry. It is popular among the 80’s and 90’s kids era. Recently they gave a spectacular announcement to the people by offering their studio for Weddings, Party events, shoots, and more. AVM Studios has introduced a number of celebrities in the cine industry and it is one of the oldest active film studios in India. Check out below to know the details to book AVM Studio for events.

How to Book AVM Studios For a Wedding, Shoots

AVM studio productions have officially opened its service for utilizing party events, weddings, and shoots. It primarily gives the AVM Gardens which is present inside a studio that covers a large area with a 200-person capacity. It has multiple event spaces with valet parking facilities.

To book AVM studios for functions, party events, weddings, and shoots. They provided an enquire mail and number.

There is no official information about the AVM Studios per day cost. But the AVM Gardens provides a plethora of facilities that offer you a wedding day is about Rs. 1,00,000 (tentative).