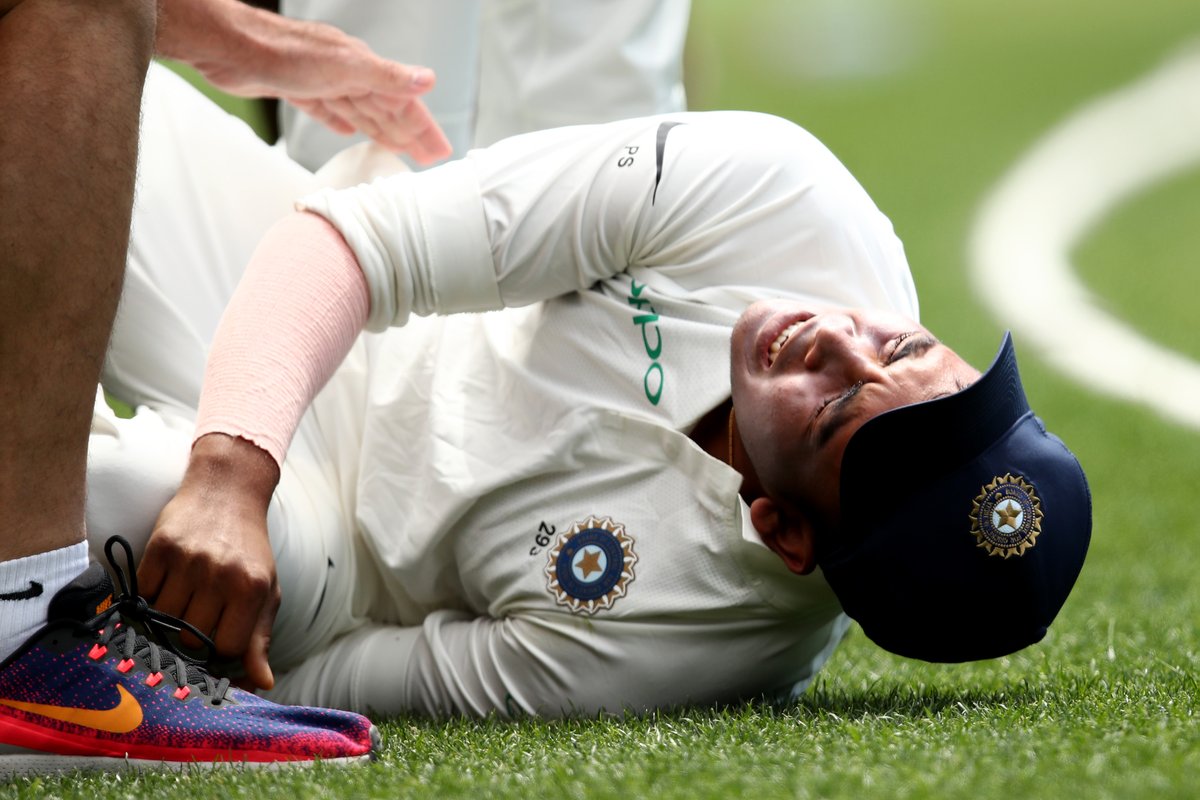 Prithvi Shaw has been ruled out of the 1st test match against Australia after injuring his left ankle in the practice game against CA XI at Syndey Cricket Ground (SCG). The scan reports had revealed a lateral ligament and he will undergo an “intensive rehabilitation program” to become available for the next match. While fielding on the deep mid-wicket fence, Prithvi Shaw caught opener Max Bryant just inside the rope. Then he twisted his ankle while landing and appeared to be in a lot of pain as Patrick Farhart, India physio rushed to attend to him.

Then, he was carried off from the field and taken for scans in the nearest hospital. With Shaw ruled out of the first test, Murali Vijay & KL Rahul will be India’s openers in the 1st test against Australia at Adelaide. Perhaps waiting on Prithvi Shaw’s injury, BCCI hasn’t announced a replacement yet. If they do, Mayank Agarwal and Shikhar Dhawan are the front-runners.