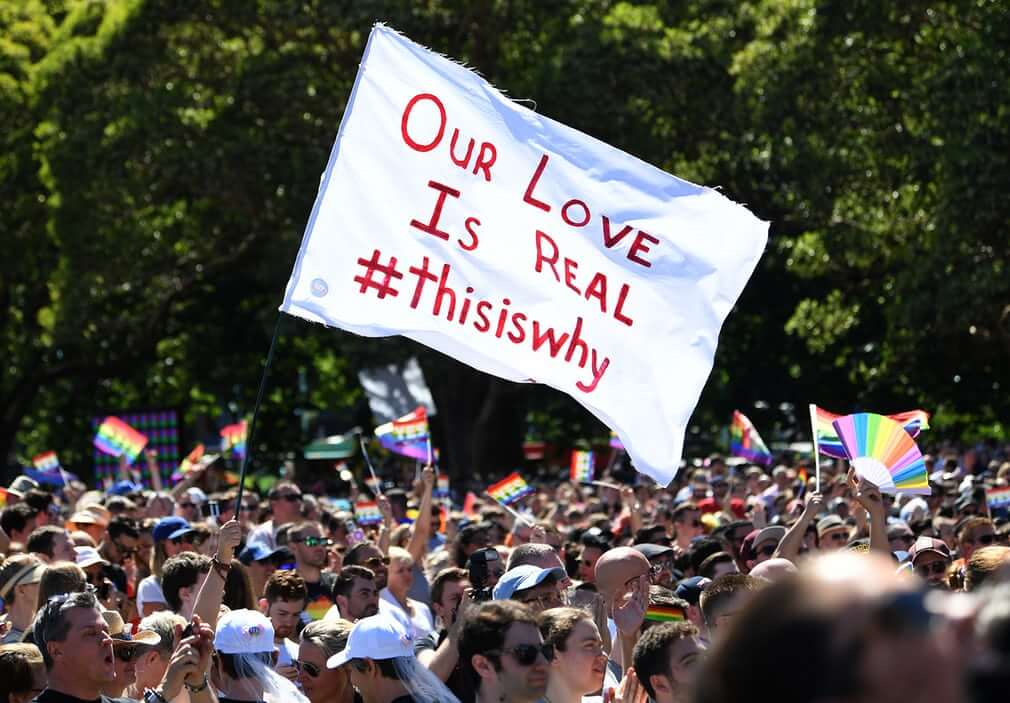 A majority of Australians voted in favor of same-sex marriage in the non-binding postal survey, covers the way for Parliament to recognize the unions of gay and lesbian couples legally. Of 12.7 million citizens in Australia took part in the government survey, 61.6% of people voted Yes and No campaign got 38.4%. Participation was high, with 79.5 percent of voting-age and lower than the 40% that former prime.

Lyle Shelton, a leader of No campaign, accused the media and the “relentlessness” of the Yes campaigners. Some MPs said they would still vote no in parliament or would decline, but 133 of the 150 federal electorates regained a majority support for marriage equality.

Malcolm Turnbull and George Brandis hope and expect marriage equality will be implemented by Christmas. Senator James Paterson gave up on his controversial rival bill, allowing the cross-party bill proposed by Dean Smith had the support required.

Tonight Australia’s LGBTIQ community and its family, friends, and supporters will celebrate with just sigh with relief.

Prime Minister Malcolm Turnbull, who called the survey in a move described by advocates as a delay tactic devised to satisfy his party’s far-right faction,

“The Australian people have spoken, and they have voted overwhelmingly ‘yes’ for marriage equality,”

The high turnout and unequivocal result amounted to a rebuke for country’s most conservative politicians, many of whom saw a majority of their party vote to support same-sex marriage notwithstanding their arguments against it.

Advocates of gay rights spent the day celebrating. They gathered at events in cities around the country to watch news broadcasts of the survey results. The largest crowd at Prince Alfred Park in Sydney, broke into cheers, with tears, hugs and dancing as soon as they heard the announcement.

Celebration Pictures of Citizens with Tears and Cheers

Powerful earthquake with 7.3 Magnitude Kills At least 130 people in Iran