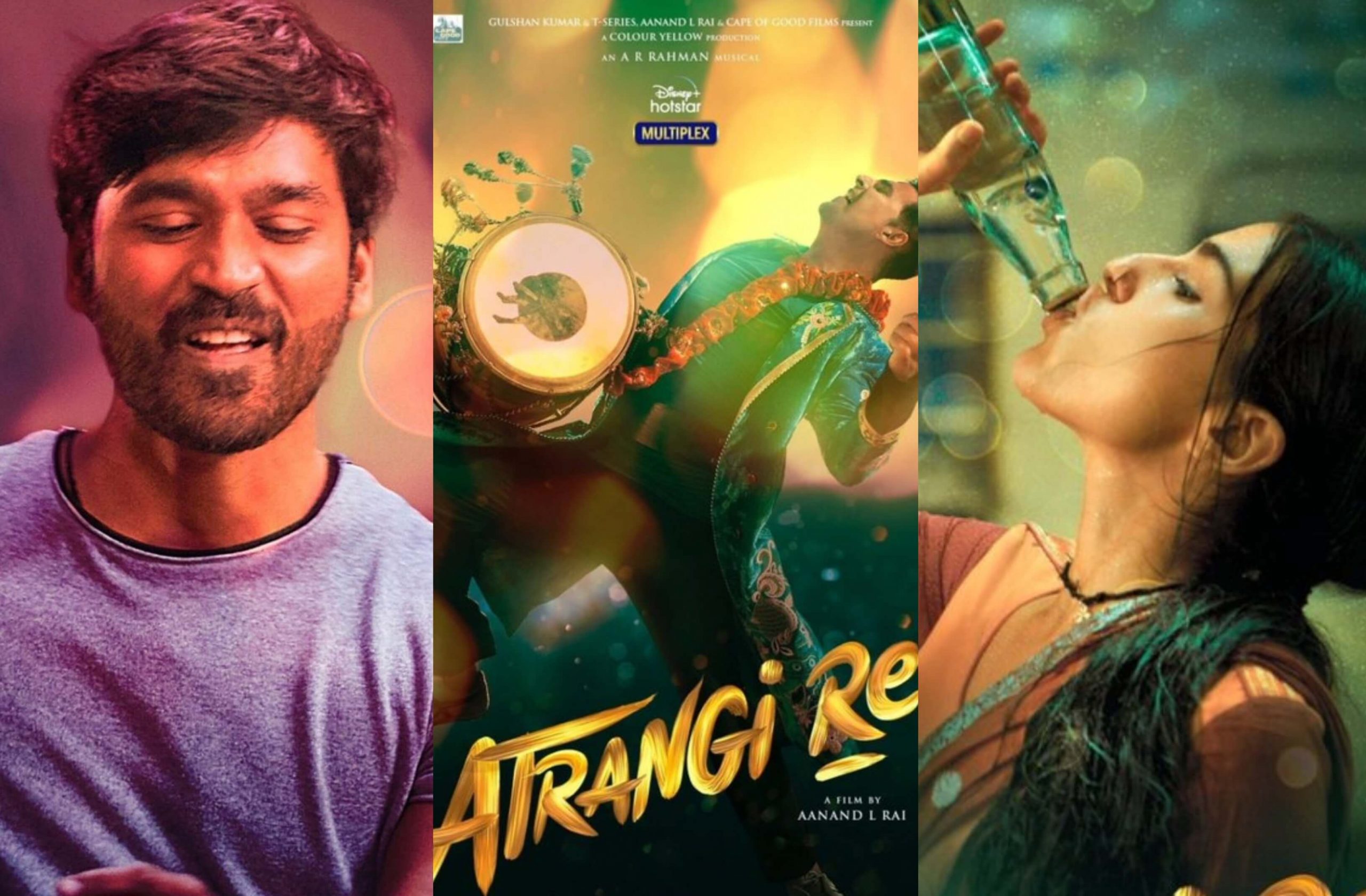 Atrangi Re is an upcoming Bollywood movie starring Dhanush and Sara Ali Khan in the lead roles. The film was written by Himanshu Sharma and directed by Aanand L Rai. Produced by Bhushan Kumar under T Series, Atrangi Re Movie to go on floors on 1st March this year. The film has Oscar-winning music composer AR Rahman. Akshay Kumar has been roped in for a cameo in the film. Atrangi Re will be Dhanush’s third Bollywood film, after Raanjhanaa and Shamitabh. The film has opted for a direct OTT release. Atrangi Re movie online streaming rights were bagged by Disney+ Hotstar. It is slated to be released on December 24, 2021 (Christmas).

Here is the main cast list of Hotstar Atrangi Re 2021,

Watch the official trailer video of Dhanush Atrangi Re 2021,

The makers have released some photos featuring Akshay Kumar, Dhanush, Sara Ali Khan pouring love each other with equal bonding.