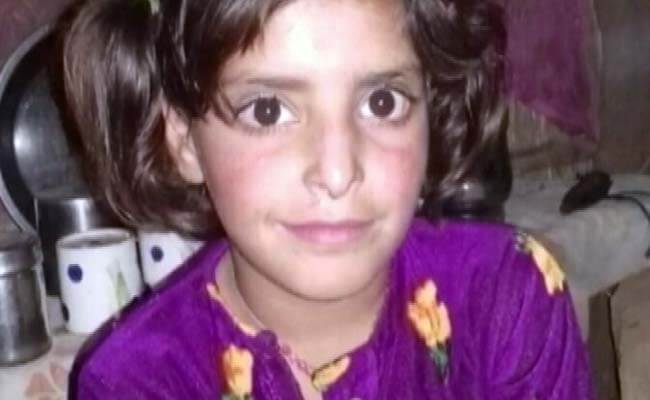 Asifa Rape Case: In early January, Asifa Bano, an 8-year-old girl was brutally raped and murdered in the northern Indian state of Jammu and Kashmir. The incident sparked violent protests in the area as the men arrested for the crime are Hindu, and the child belonged to a nomadic community of Muslim shepherds.

The police officials said that the suspector grabbed her by the neck and forced her to take sleeping pills. With the help of a friend, she was confined in a Hindu temple, drugged, raped for five days by a group of men. On January 17, Asifa’s crumpled body was found in the forest, in the same purple dress, smeared with blood.

Read also British Student was Raped in a Fake Taxi

According to police officials in the state of Jammu and Kashmir, Eight men have been arrested in connection with the murder case and several have confessed, where the killing took place. Also, the crime was intricately planned by Sanji Ram, the temple custodian, who they say agreed to pay local officers 500,000 rupees to create false evidence that would lead investigators away from him and his men.

Suspects told investigators that their motive had been to drive Asifa’s nomadic community, (i.e., a community of Muslim nomadic shepherds called Gujjars) out of the area.

Police have arrested eight men, including a retired government officer, four police officers and a juvenile in connection with Asifa’s murder. They have accepted thousands of dollars to cover up the crime.

Now, Congress president Rahul Gandhi and senior party leaders including his mother Sonia Gandhi, led a midnight candlelight vigil to India Gate in New Delhi to demand justice for Asifa and the teenager in UP’s Unnao, who was allegedly raped by a BJP lawmaker last year.

Priyanka Vadra along with her husband Robert Vadra was also in the protest and workers present at the march to India Gate, which was under a huge security cover. Rahul Gandhi told reporters,

Rahul Gandhi had also tweeted, requesting people to join him for “a silent, peaceful, candlelight vigil at India Gate at midnight tonight to protest this violence and demand justice.”

When she went missing on 10 January, her family was living in a village around 72km east of Jammu city. On that afternoon, her mother Ms Naseema recalls, Asifa went to the forest to bring home the horses. The horses returned but Asifa did not. Naseema informed her husband. He and some neighbours went deep into the forest and searched through the night. But they could not find her.

Two days later, the family filed a police complaint. Asifa’s father Mr Pujwala said that the police were not helpful. Also, One of the police officers, he alleges, said Asifa must have “run” with a boy.

As news of the crime spread, a community of Muslim nomadic shepherds staged protests and blocked a highway, forcing police to assign two officers to the search.

On January 17, Asifa’s body was found.

“She had been tortured. Her legs were broken,” recalled Ms Naseema, who had rushed to the forest along with her husband to see the body.

“Her nails had turned black and there were blue and red marks on her arm and fingers.”

According to the report by police officials, Sanji Ram, a 60-year-old retired government officer, allegedly planned the crime with the help of four police officers named Surender Verma, Anand Dutta, Tilak Raj and Mr Khajuria. Sanji Ram’s son, Vishal, his nephew, a juvenile, and his friend, Parvesh Kumar, are also accused over the rape and murder.