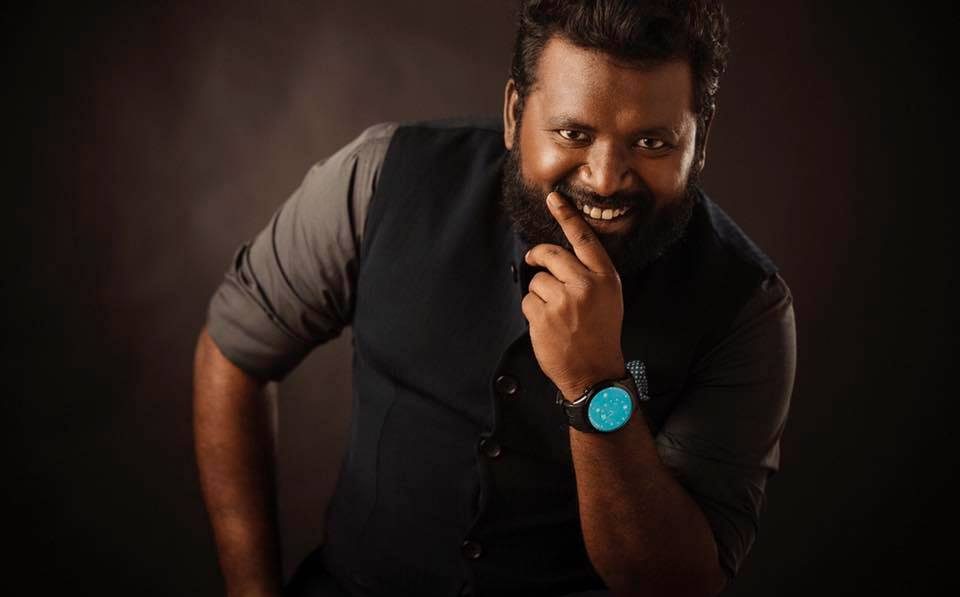 Arunraja Kamaraj is an Indian film singer, lyricist, actor and director, who works predominantly in Tamil film industry. He is known for his works as a lyricist in films like Theri, Pencil, Kabali and Jigarthanda. He made his acting debut in the film Pizza and also appeared in the hit movies like Raja Rani, Maan Karate, and More. His directional debut Kanaa was a blockbuster hit. He is the director official Hindi remake film Article 15 that features MLA Udhayanidhi in the lead role. Arunraja Kamaraj wife Sindhuja Passed away on 16 May 2021 due to COVID-19.

Arunraja Kamaraj was born and brought up in Perur, Kulithalai, Tamilnadu, India. He did his schoolings at Government Boys higher secondary school, Kulithalai and completed his higher secondary at Bishop Heber Higher Secondary School, Trichy. He was then graduated from J. J. College of Engineering and Technology, Trichy.

After graduation, he started his career as a comedy performer and entertained many peoples by doing several stage performances. Later, he got an opportunity to participate in the most famous comedy show Kalakka Povathu Yaaru. She joined “Kalakka Povathu Yaaru” show as a contestant and started exposing his talent. She partnered with Sivakarthikeyan and made everyone laugh.

He has written and sung the song Ding Dong for the movie Jigarthanda, which was critically acclaimed. His song Neruppu da in Rajinikanth‘s film Kabali received rave reviews. His other notable works include movies such as Demonte Colony, Trisha Ilana Nayanthara, and Darling as Lyricist and Singer. He has also sung a song in Oru Mexican aparatha (Malayalam) title track Kalippu Katta kalippu.

Check out the latest photos of Arunraja Kamaraj,