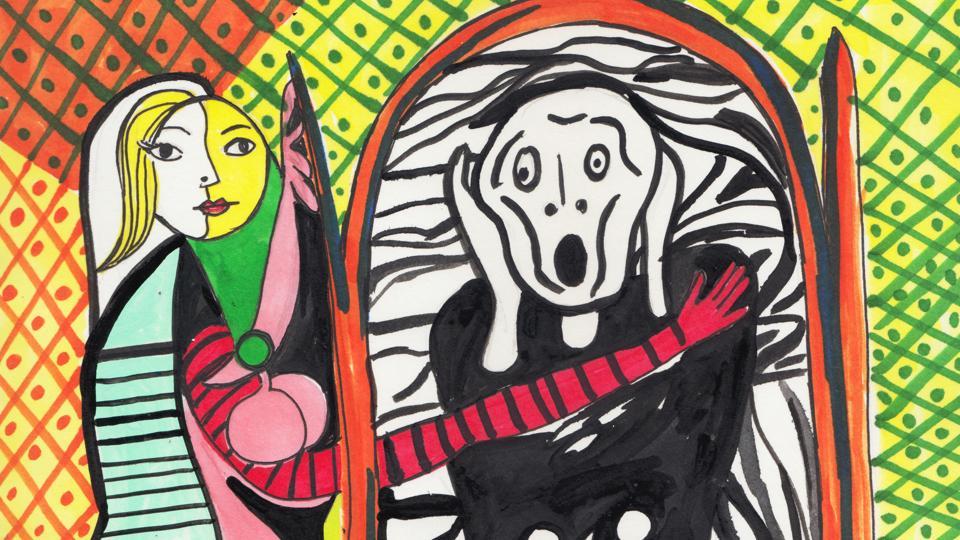 Art projects strategy features stories that celebrate body positivity. Last year, visual artist Indu Harikumar’s crowd-sourced projects, 100 Tinder Tales, went viral. She illustrated people’s experiences on the dating app and found it exhausting. It was a bag full of stories funny, painful and shocking. “I was managing with people’s intimate emotions and, in a way, it took a toll on me,” she says. The exhaustion hasn’t motionless Harikumar. In January this year, she floated her next big idea, Body of Stories. With this project, Harikumar is exploring stories that deal with issues of body shaming, body positivity, and color and gender bias. Lately, the Limitations of Liability-256 Million Colours of Violence, an art show portrayed an interactive survey-based-research project by Ali Akbar Mehta, a contemporary transmedia artist.

The idea stemmed from a hearing she had with her friend’s four-year-old son. “My friend was telling his son how broccoli is cauliflower’s sister in the vegetable world. He said as Broccoli may be the brother because it is darker than cauliflower. Girls are fair, and broccoli is dark.’ I was stumped. These ideas of color and gender bias are ingrained in us from a young age,” she says. So, she combined an introductory post on Instagram asking for entries, and her mailbox had since been flooded with stories from across the subcontinent.

As for the art, Harikumar has used modern European paintings as the source of the illustrations. Leonardo Da Vinci’s Vitruvian Man and the Mona Lisa, Edvard Munch’s Scream and the Birth of Venus by Botticelli are some of the iconic paintings that have dazzling Harikumar for her series. “I draw everything and mix different mediums. While you’ll see tinted lenses of a lot of European paintings in the series, you’ll also find an adaptation of Raja Ravi Varma’s work,” she says.

Harikumar believes that bringing art out of the gallery and into the social media is the only way forward. The online platforms allow a wider reach, and also offer a certain amount of monetary gain. She also says her experience with the 100 Indian Tinder Tales project was a testament to that. “There is no big plan, no coffee table book or shows in a gallery. There is no money for that. Sure, initially, I did not earn a penny for 100 Tinder Tales either. But once the series went viral, and the foreign press started noticing, I started receiving commissioned work,” she says.

In Paris, An Exhibition Explores Racism Amid Tensions In France