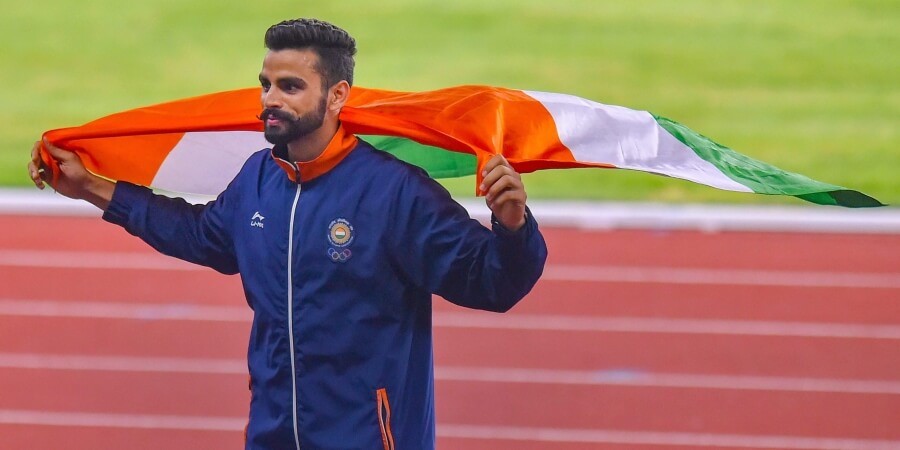 Arpinder Singh is an Indian triple jumper, who represent India for this event. On June 2014, he participated in 2014 National Inter-State Championships in Lucknow in this he beats his record of 16.84 metres by jumping 17.17 metres. He also appeared in the 2018 Asian Games and won the Gold medal. Check out below for Arpinder Singh Wiki, Biography, Age, Family, Images and more.

Arpinder Singh was born on 30 December 1992 in Harsha Chhina, Amritsar, Punjab, India. Arpinder Singh family and education details will be updated soon. In the year 2014, he appeared in the National Inter-State Championships held at Lucknow he beats his own record of 16.84 metres by jumping 17.17 metres. In this process, he beats the record of Renjith Maheshwary, with that, he also secured a qualification for the 2014 Commonwealth Games in that he won the bronze medal. Then on August 29, 2018, is celebrated as National Sports Day in India in that he won a gold medal in triple jump event in 18th Asian games.