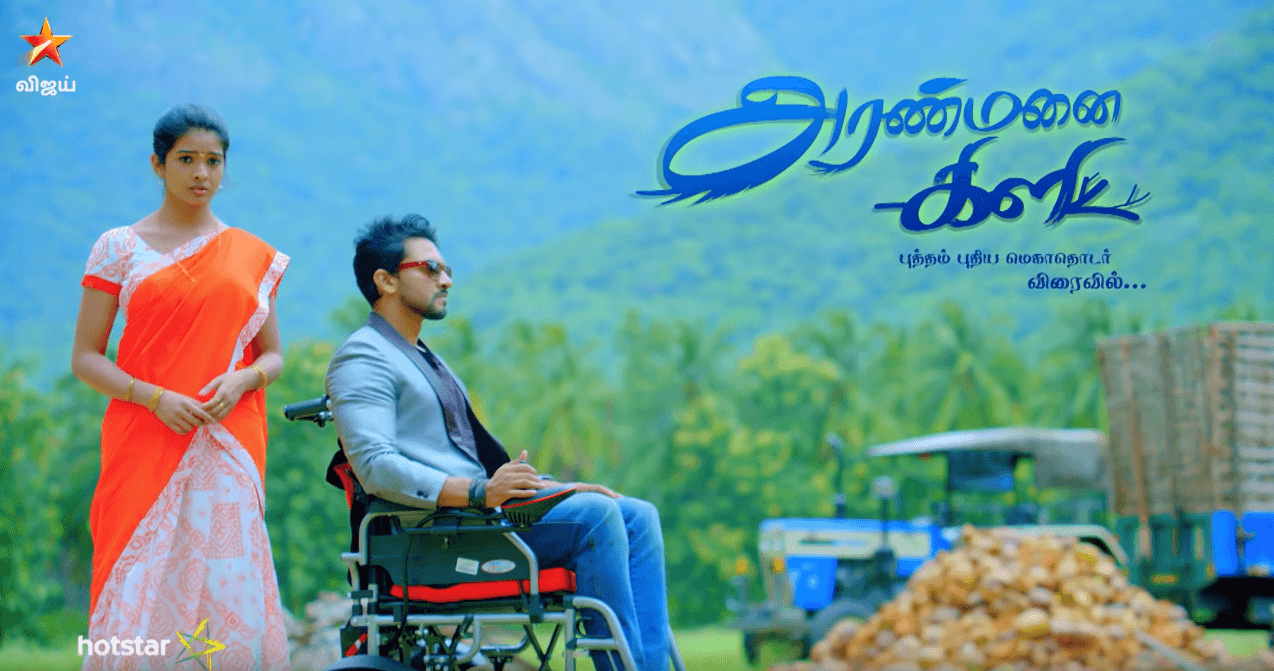 Aranmanai Kili Serial is a Tamil Language Family Drama that is yet to be premiered on Vijay TV. The serial premiered on 24 September 2018 in Star Vijay television. Actress Monisha is playing the female lead Jaanu in the serial. Actor Surya Darshan, the male lead makes his Tamil serial debut with this serial. He has acted in many popular Kannada serial before. Pragathi Mahavadi is playing the role of Meenakshi, Arjun’s mother. The Aranmanai Kili serial has a huge star cast including Neelima Rani, Gayathri Yuvraaj as Renuka (Renu), Navya Swamy, “Mynaa” Nandhini, Shyam, Madhumitha, Maanas Chavali and many more. The Aranmanai Kili serial is aired at 9 PM on weekdays. Check out below for Aranmanai Kili Wiki, Serial Cast & Crew, Episodes, Promos, and other details.

Aranmanai Kili means palatial parrot, which means even the parrot belongs to a rich place, it is still being limited within bounds. Jaanu is a young and innocent village girl, whose father is a farmer taking care of the landlord’s place. On the other, hand Arjun is a very rich man, and the son of Meenakshi, who is the landlord. Arjun is suffering from physical disabilities and is seated on the wheelchair all the time. Arjun is the whole world to her mother Meenakshi. She wanted her son Arjun to get married to a girl of his choice, but circumstances make Janu as her wife. Actress Neelima Rani plays the role of antagonist. The story will stir around Janu who is trying to win Arjun’s heart.