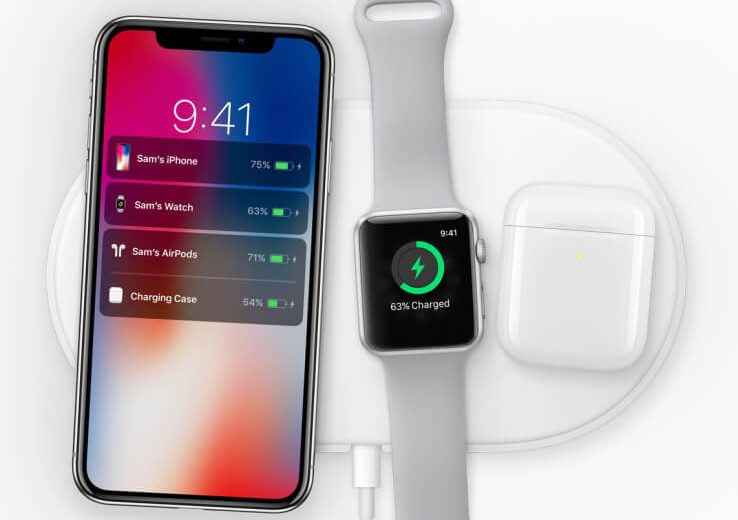 Apple AirPower Wireless Charging Mat: It is a wireless charging system that lets you power up all three devices like iPhone, Apple Watch 3 and AirPods at the same time, with a single power lead. Apple revealed AirPower at its iPhone X Event, but the company didn’t provide much detail. The Expected Price of Apple AirPower Wireless Charging Mat in India is Rs 18050.23 and one of the polish online retailer had leaked the cost as 999 Złotych.

The Apple AirPower Wireless Charging Mat price had leaked on Polish online retailer X-Kom’s website as costing 999 Złotych. However, as ThinkApple notes, based on that amount the US price is likely to be $199. Similarly, the site lists the cost of iPod touch with 32GB storage as 990 Złotych in Poland and $199 in the United States.

Apple AirPower wireless charging mat had designed to help clean up the mess of charging cables for your iPhone, Apple Watch, and AirPods. It doesn’t look that different to the plethora of wireless chargers which already available.

The video that showcased at Apple iPhone X event reveals that the Apple AirPower wireless charging mat is a white Mat large enough to accompany three devices such as iPhone, Apple Watch 3 and AirPods at the same time, with a single power lead connected to the wireless charger.

Also, the video demonstrates that Apple AirPower wireless charging mat begins to charge your all Apple products almost as soon as they are placed on the mat. The iPhone X screen displays the AirPower interface, providing easy-to-read updates on the battery life of the devices. But the video didn’t display the battery life information on the Apple Watch screen.

The shape of the Apple AirPower wireless charging mat system is a thin, oval-shaped mat. And, while only the AirPods fit snuggling on its surface, your Apple Watch 3 and iPhone will have ample elbow room. It works with the leading wireless charging standard technology on the market called “Qi charging technology”.

While the Qi technology is available in third-party charging pads from the likes of Belkin and others, AirPower is Apple’s current solution to the new wireless charging needs.

Apple Watch previously made use of Qi wireless charging technology, included in a mat crafted by the company. But, AirPower charger allows for up to three different devices to charge at the same time which makes it more open than Apple’s previous effort.

Apple has not released price information about AirPower. Also, the company confirmed that Apple AirPower wireless charging mat isn’t due to be released until 2018 which is already announced at Apple’s iPhone event in September 2017 and it hasn’t provided a more specific release date yet.