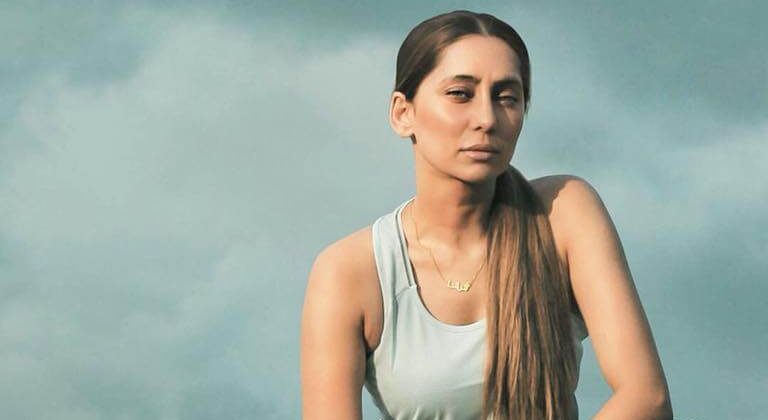 Anusha Dandekar is an Indo-Australian actress, MTV VJ and singer, who predominantly appears in Bollywood television and film industry. She made debut movie Mumbai Matinee in this movie she appeared in the role Anusha the Temptress in the year 2003. Then she made her debut TV show MTV Dance Crew as a host and the show was telecasted on MTV India in the year 2008. Now she is working on the movie Bhavesh Joshi and the TV show MTV Troll Police as a Contestant. Check out below for Anusha Dandekar Wiki, Biography, Age, Movies, Family, Images and more.

Anusha Dandekar was born on 9 January 1982 in Khartoum, Sudan, North Africa. Anusha Dandekar family is now residing in Mumbai, Maharashtra, India. Her father name is Shashidhar and her mother name is Sulabha Dandekar, with that, she has sisters named Shibani and Apeksha Dandekar who is the actress and model. Anusha Dandekar her education details will be updated soon. At the age of 19, she moved to Mumbai, Maharashtra to start her career in the entertainment industry. Once before she enters into the film industry she appeared in a television show as an anchor in MTV’s House of Style. Later she has hosted the shows like MTV Dance Crew, MTV Teen Diva, MTV News and MTV Love School. Then in the year 2008, she grabbed the award as the Best VJ at the Cosmopolitan Fun Fearless Female Awards.

Then in the year 2014, she has appeared as a judge on India’s Next Top Model along with model-actress Lisa Haydon. In the year 2003, she made her debut movie Mumbai Matinee and she moved to her next movie Viruddh in the year 2005 along with actor Amitabh Bachchan, Sharmila Tagore, Sharmila Tagore and John Abraham. For her performance in the movie, she grabbed the Best Debut Award at the Maharashtra Times Awards in the year 2006. Then in the year 2012, she made her debut Marathi movie Jai Jai Maharashtra Majha. As a fashion icon, she honoured the cover of Cosmopolitian, Elle and Seventeen. Moreover, she also promoted the brands like Reebok, Toni & Guy, Crocs and Lee Jeans. In the year 2017, she became a mentor of the show as India’s Next Top Model season 3 that was telecasted on MTV India.