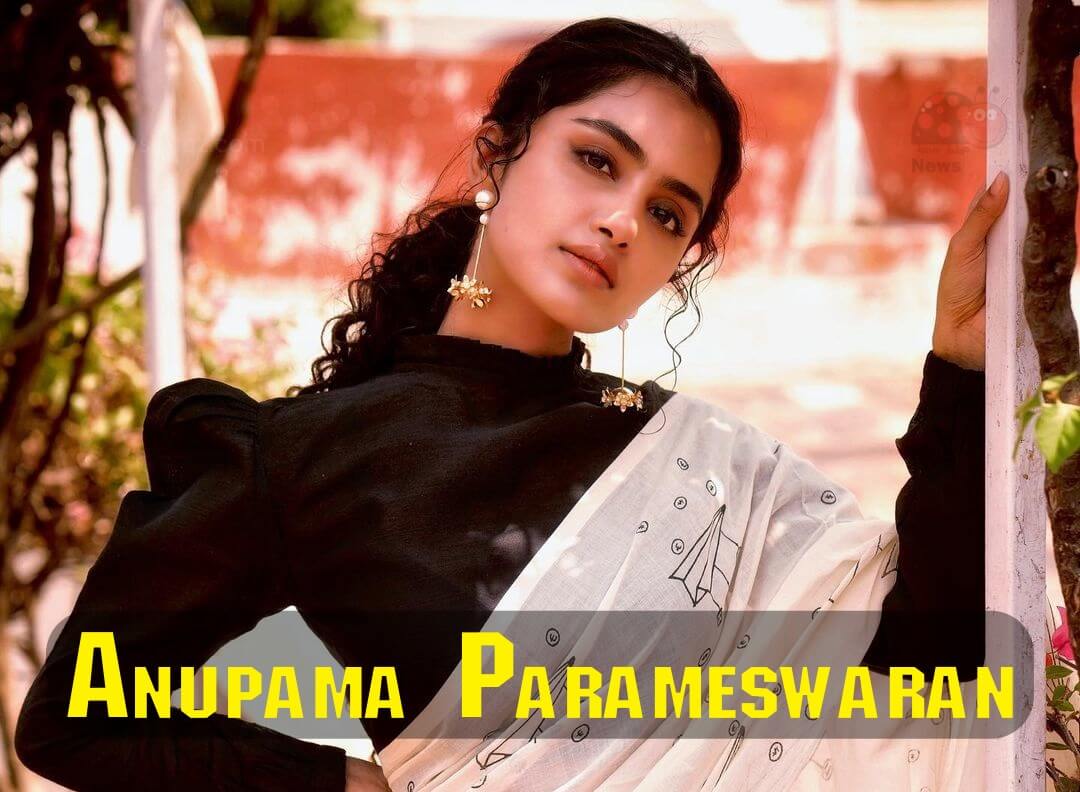 Anupama Parameswaran is an Indian film actress who appears in Telugu, Malayalam and Tamil language films. She is best known for her debut portrayal as Mary George in the Malayalam film Premam, and as Nithya in Sathamanam Bhavati. She then had a cameo role in James & Alice, a Malayalam movie. Later she appeared in Telugu films with a lot of projects including A Aa, Premam (Telugu). She made her Tamil debut in Kodi, in which she had the lead role opposite Dhanush. Her role in the Karthikeya 2 received a positive response from the audience and critics. The news of her testing positive for Covid-19 went viral on the internet. Anupama is a part of Jayam Ravi’s Siren movie.

She attended CMS College Kottayam where she majored in Communicative English. Later she discontinued her studies to pursue acting. Anupama made her debut with Premam alongside Nivin Pauley, which was a commercial success. She then appeared in Telugu movies including A Aa and the remake of Premam in Telugu, and Shatamanam Bhavati. She then acted in the Malayalam film Jomonte Suvisheshangal.

Take a look at the latest photos of Anupama Parameswaran,