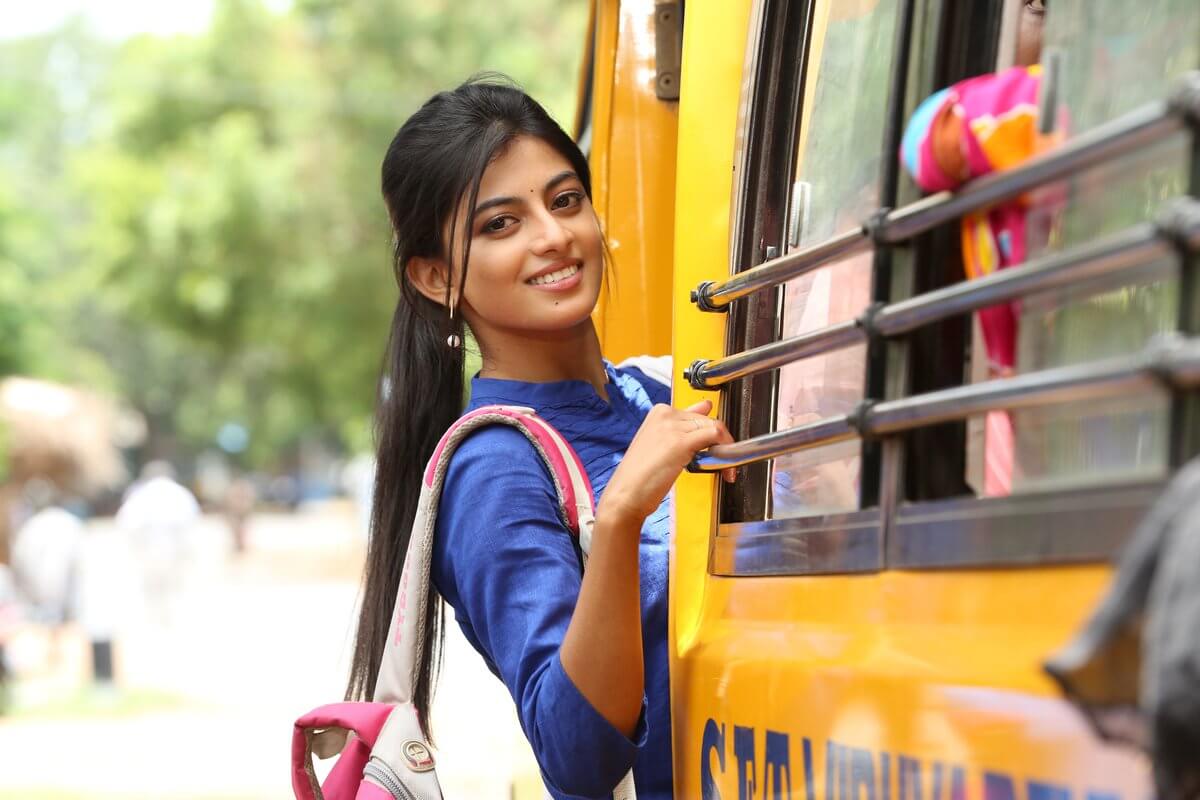 Anandhi is an Indian film actress who works in Telugu and Tamil film industry. In 2012, She made her acting debut in the film Bus Stop and won critical acclaim. Also her performances in Vetrimaaran‘s production Poriyaalan and Prabhu Solomon’s Kayal, in which she played the title character has won many of the viewer’s hearts and received Vijay Award for Best Debut Actress for Film Kayal (2014).

Anandhi was born on 20 July 1993 in Warangal, Telangana, India. As she is new to the cinema industry, her parent’s details are not known. She is unmarried and Hindu by Religion.

In 2012, She made her debut with the Telugu film Maruthi Dasari’s coming of age story Bus Stop, winning significant acclaim for her performance as Seema, a flirt. Starring alongside an ensemble cast including Prince, Kanna and fellow debut actress Sri Divya, the film opened in November 2012 to a positive critical and commercial response at the box office.

After the success of the film, she was offered the lead role opposite Varun Sandesh in his next venture Priyathama Neevachata Kushalama and began filming later in the year.

The film released in March 2013 to negative reviews, though a critic claimed “the saving grace for the film is the performance of the lead pair – Varun Sandesh and Hasika”, adding that Hasika “looks traditional and has put up a decent show as well.”

In 2015, Anandhi’s first release was in A. Sarkunam’s Chandi Veeran produced by Director Bala, in which she characterised the romantic interest of Atharvaa’s character. Anandhi then worked on the adult comedy flick Trisha Illana Nayanthara (2015) starring working alongside G. V. Prakash Kumar.

She won positive reviews for her role of a young woman who always wards of lecherous attention from GV Prakash Kumar‘s character. Post-release, She revealed her displeasure at working with the director and revealed that she was led to believe that the film would be a “cute love story” and not an “adult comedy”.

The film, however, became a large commercial success at the box office and Anandhi later helped promote the release of the film’s Telugu version. She is also worked in the action film Pandigai. And Now she has acted in the film En Aaloda Seruppa Kaanom.