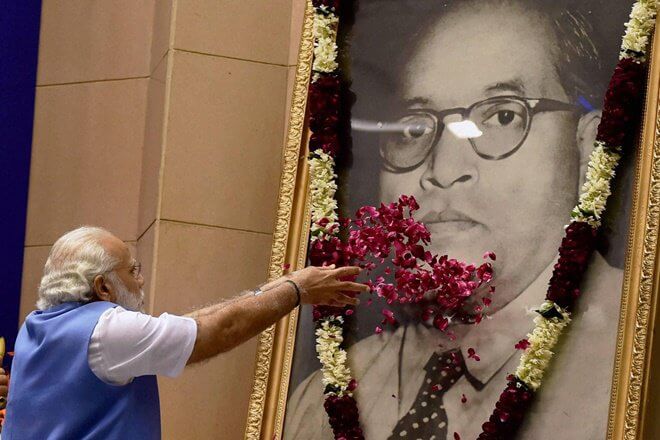 On Friday, Prime Minister Narendra Modi has said the BHIM-Aadhaar digital payments platform could revolutionize the Indian economy by enabling each of the Indians to pay digitally using their biometric data on a smartphone. Modi has said that the BHIM-Aadhaar platform would also play the same role of empowering the common Indian as the Constitution of India, framed by Dr.B.R.Ambedkar whose 126th birth anniversary is being observed on 14th of April. Australia PM has said that the Indian Trade deal might not be possible as the offers made are not adequate.

The Prime Minister, who has inaugurated various development works to mark the birth anniversary of Ambedkar has said the people of the country should strive to fulfill the dreams of the freedom fighters. On launching the BHIM-Aadhaar digital platform at Nagpur, Modi said that it would boost the digital payments in a manner unlike anywhere in the world and it would be a step towards a ‘less-cash‘ economy and would combat the issues of black money menace. 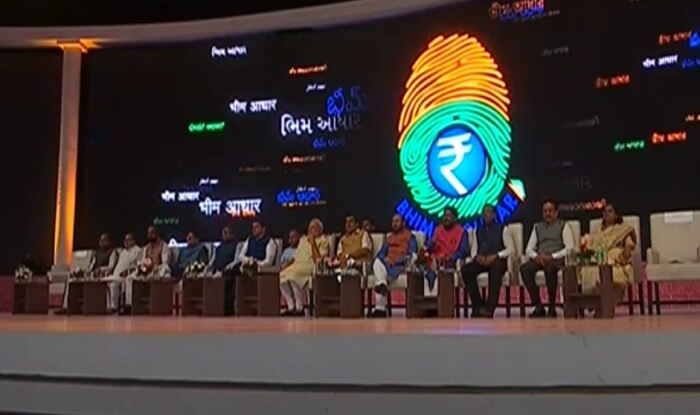 Modi also mentioned that each and every Indian should have a house in the next five years. “We have a dream for 2022. The poorest of poor should have a house of his own. And that house must be equipped with electricity, water, and other facilities. There should be hospitals and schools in the neighborhood,” Modi said.

Earlier, Modi has paid homage to the architect of the Indian constitution, Ambedkar on the occasion of his 126th birth anniversary. Modi started that his day with a visit to the historic monument, Deekshabhoomi, where Babasaheb Ambedkar and over 600,000 followers had also embraced Buddhism on October 14, 1956. The ‘Dharmantar’ is considered the biggest mass religious conversion at a single location in history that took place 61 years ago. 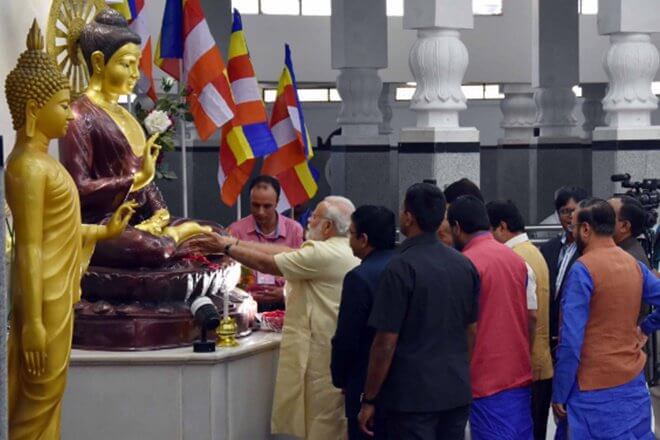 Modi, accompanied by union minister Ramdas Athawale and chief minister Devendra Fadnavis, went around the Deekshabhoomi and later garlanded a large bust of Babasaheb Ambedkar there. A series of functions were planned to mark the Ambedkar Jayanti on Friday across Maharashtra, including at Deekshabhoomi in Nagpur and Chaityabhoomi in Mumbai, where Ambedkar had been cremated following his death on December 6, 1956.