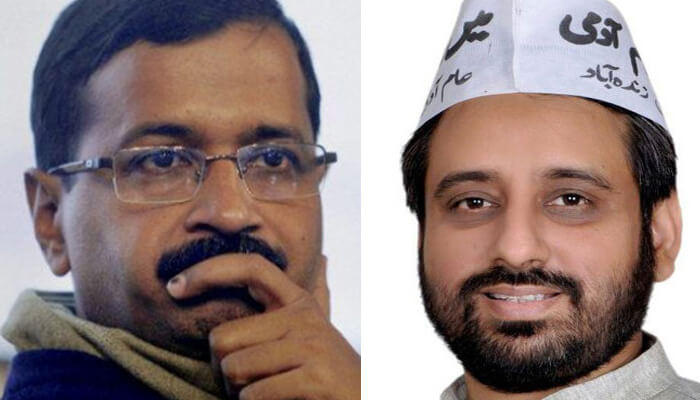 The new series of struggle had exploded in the Aam Aadmi Party, MLA Amanatulla Khan who recently suspended from the Party for charging the senior leader Kumar Vishwas, now he is appointed as the chairman of Assembly panel chief Delhi. He is also appointed as a member of seven newly constituted committees, and he is also in Special Inquiry Committee, of the House by the Speakers. This is the move to satisfy Mr.Khan; they thought he is a prominent Muslim face in the party. Mr. Vishwas favor MLA had spoken that Mr. Khan’s appointment is just a promotion.

The members of this Party elected with the tacit support of the ruling party. The AAP committee said the appointment of members to this board was the great privilege to the speakers.

MR.Vishwas attacked by Mr.Khan for beeing an agent for “RSS-BJP” and planning a revolution in the party

MR.Vishwas was attacked by Mr.Khan for beeing an agent for “RSS-BJP” and planning a revolution in the party. Delhi Chief Minister Arvind  Kejriwal and his assistant Manish Sisodia tried to change MR. Vishwas who had asked for strict action against Khan. He is also warned to quit the party.

By appointing Mr. Khan as the Assembly Panel Chief the party can face a new crisis than many MLAs suppose to be Supporting Mr. Vishwas. Experts of AAP legislator including Somnath Bharti, Alka Lamba, and Bhavna Gaur, who had unhelped MR. Vishwas, they all are included in the Library Committee. It is not recognized as the prestigious with the panel having little work to do.

Mr. Vishwas openly supported by Mr. Bharti who is in the party. He removed from the Chairman of the Privileges Committee instead of him Kailash Gehlot had appointed in his post.

Experts very close to Mr. Vishwas failed to react to this development, this indicates that the leader, who was silent before two days, this is unhappy over the community.

“With this development the leadership has sought to send a message that it backs MR. Amanatullah and has given him a promotion. Whoever gave statements in favour of Mr.Vishwas have been cut to size,” -MR. Vishwas

By the appointment of Mr. Amanathulla Khan, MLA of Aam Aadhmi Party, members were happy, and the supporters of Vishwas were silent, this is the great privilege to this Party.

Presidential Poll: We Would Act In Tune With The Interests Of State, Says TRS