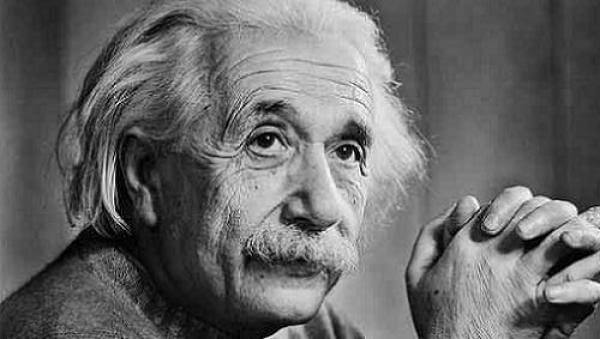 Einstein is universally regarded as one of the smartest people who has ever lived. After Albert Einstein’s death on April 18, 1955, made scientists from all over the world scrambled for the chance to get a piece of his brain. It was a pathologist named Thomas Harvey who removed the brain of Albert Einstein within 7.5 hours while doing the autopsy and it was saved so it could be studied. He removed the brain of Einstein’s and preserved it in formalin. He also took dozens of black-and-white photos of Einstein’s brain. Later, he cut Einstein’s brain up into 240 blocks, took tissue samples from each block, mounted them onto microscope slides and distributed the slides to some of the world’s best neuropathologists.

Pathologist Thomas Harvey removed the brain of Albert Einstein within 7.5 hours while doing the autopsy and it was saved so it could be studied.

In 1985, a study revealed by Diamond mentioned that two parts of Einstein’s brain contained an unusually large number of non-neuronal cells called glia, for every neuron or nerve-transmitting cell in the brain. Ten years after that, Einstein’s brain was found to lack a furrow usually seen in the parietal lobe. And the scientists at that time had said the missing furrow might have been related to the Einstein’s enhanced ability to think in three dimensions, as well as his mathematical skills.

Neuroscientists, along with everyone else, have long suspected that Albert Einstein’s brain was somehow unique. One new study affirms these suspicions, showing that his genius may have arisen from the way the hemispheres of his brain were so freakishly well connected.

The new study is the first one to detail Einstein’s corpus callosum which is a thick band of nerve fibers that separates the cerebrum into left and right hemispheres. It connects the left and right sides of the brain, allowing for the communication between both hemispheres, including the transmission of the motor, sensory, and cognitive information.

Now the most recent study by Florida State University’s Dean Falk analyzed 14 recently discovered photographs and suggested that the pattern of convolutions in Einstein’s prefrontal cortex looks different from most people’s. And if all this talk of removing Einstein’s brain, and photographing it, seems a bit ghoulish. He said that Einstein had a unique prefrontal cortex. Falk has also shown that the inferior portions of the primary somatosensory and motor cortices were significantly expanded in his left hemisphere.

The prefrontal cortex is the part of the brain in charge of the abstract thinking and thought analysis and is responsible for digesting sensory data before making any decisions. As such, it is also the most “strongly implicated” as a sign of intelligence. Falk said that the analysis of these photographs revealed that Einstein’s prefrontal cortex is more complex and possessed a far greater surface area than the most people’s, which may explain some of his “remarkable cognitive abilities.

Using this information, Men had compared Einstein’s brain to two different sample groups like 15 senior men, and 52 men aged 26. The particular age group was chosen because that is how old Einstein was in 1905, his “miracle year” when he published four articles that revolutionized the physics and the conceptions of space, time, mass, and energy.

Not only the well-connected corpus callosum contribute to Einstein’s genius, and it is not the whole story. Although the overall size and asymmetrical shape of Einstein’s brain were normal, the prefrontal, somatosensory, primary motor, parietal, temporal and occipital cortices were unusual. It is clear that he had other neurological attributes that contributed as well, including an exceedingly high ratio of glial cells and a prefrontal cortex of “extraordinary” size. Altogether, these traits may have allowed for his remarkable visuospatial and mathematical abilities, along with his predilection for thought experiments

There was also a fourth Ridge found in Einstein’s mid-frontal lobe that involved in making plans and working memory. Usually, the mid-frontal lobe is restricted by three as what the ordinary people have. The parietal lobes were notably asymmetrical, and a feature in Einstein’s primary motor cortex may have been associated with his musical ability.

The Myth About Albert Einstein’s Brain

Initially, it was assumed that AIbert Einstein’s brain was bigger in size. It is only natural to assume that the Einstein’s high-powered cognition of brain was mere, due to its enormous size.

A study conducted by the research team from Faculty of Health Sciences at McMaster University showed that Einstein’s brain was smaller than average. While smaller overall, there were, however, certain areas of his brain that were above average. Based on photographs of his brain, this study showed that Einstein’s parietal lobes at the top, back parts of the brain were 15 percent larger than average.

Two structures, the left angular gyrus, and super marginal gyrus were particularly enlarged. These areas, while known to have little to do with IQ, are linked to mathematical ability, visuospatial cognition and become highly active when making unusual associations on tests of creativity. The researchers concluded this was likely the reason Einstein could perform the conceptual gymnastics needed to think about time and space with such imagery and abstraction.

The next possibly rolled out myth in the world is that Einstein’s brain has the higher number of neurons and it was said to be the reason for his high intelligence.

Einstein’s brain must have had a greater number of nerve cells, that is, the neurons which are those hard-working, fast-firing micro-machines, that the network together and make up everything from the memories we retain to the personalities we display. Unlike the first, there is some truth in the second myth as Einstein’s brain has had more brain cells. Not neurons, but it was rather a type of brain cell most neuroscientists never really paid much attention to it. And it brings us back to Marian Diamond’s research and the dissection of Einstein’s brain. What Diamond and her research team had found was that the brain of Einstein had a higher percentage of glial cells or the brain cells.

In the brain science, usually, neurons get all the honor. But the real miracle workers of the mind are the glial cells, Greek for “glue,” which protect and maintain neurons and cellular networks. Once thought it only nourish the nerve cells by providing oxygen and nutrients. The nerve cells hold in place and remove waste. But these cells have been found to speed the communication between the neurons and thus affects the overall cognitive capacity.

Diamond and her team had found that Einstein’s brain had more glial cells corresponding to neurons, especially and that is, statistically significant in an area of the brain called the left inferior parietal area, which is a region responsible for synthesizing information from various parts of the brain.

Enhanced cognitive ability is not just a function of the number of glial cells, but also the number of connections available to it which was another finding from Diamond’s lab. It is known that more connections between the brain cells facilitate faster and more sophisticated communication. Such increased connections were found in Einstein’s brain, particularly in the cortex, which is the outermost and newest layer of the brain, and that includes the prefrontal cortex, the temporal lobes, and hippocampus, the structure responsible for memory.

Seeking to know what had stimulated such enhanced connectivity, Diamond compared rats in an environment without the environmental stimulation to rats in an enriched environment, also given a variety of learning tasks. When measured by brain weight, the results have shown that rats without any new challenges or learning tasks had less synaptic connections than those rats that were challenged and forced to learn the new information. Einstein even showed this same extraordinary amount of connections in multiple brain regions, presumably owing to his insatiable curiosity, determination to find out more and the passion for solving the riddles physics had to offer.

It is no surprise then that after his death, every scientist in the world wanted to see what made his supremely advanced with the organ tick. Keeping in mind that Einsteins is just one brain, concerning its size, the assumption that bigger is size was found to be false. Additionally, from studying his brain, the assumption that more cells make for a better brain was also put to silence.

It appears that the ‘glue’ in our brains has much to do with the brain. Glial cells were thought to be the mother hens of the human brain, allows faster communication between the neurons and enhance cognitive capability, especially when found in high numbers and with increased connectivity.

You may also like Top 25 Interesting Facts About Isaac Newton

There have been several studies that claimed to find structural abnormalities in his brain. As far as we can determine, structurally, there is nothing different about Einstein’s brain. In fact, his mind could be considered as an average. Terence Hines, the author of the paper Neuromythology of Einstein’s Brain, said that he found nothing unusual about the genius’s mind. So, how does his brain differ from everyone else’s?

Hines looked at this, and other studies performed on Einstein’s brain in an attempt to analyze them. He found that the fundamental issues with all of them even in the case of the 1985 experiment by Diamond, Hines believes that the results were due to the work of the “multiple-comparisons problem.”

Hines went a little further and said that there is a post hoc logical error used by those who got attempted to explain Einstein’s intelligence by looking at the structure of his brain. The smallest irregularity tends to get blown up and serves as an example of the confirmation bias since the researchers are looking for a reason for Einstein’s brain to be unique.

The article has previously mentioned that the final result was both exciting and depressing. However. If Einstein’s brain is not unique, then it means that you have the ability to process all of the same tools Einstein did when he rewrote physics. Take whatever lesson you want from that.

What is Day trading? | The rules behind it