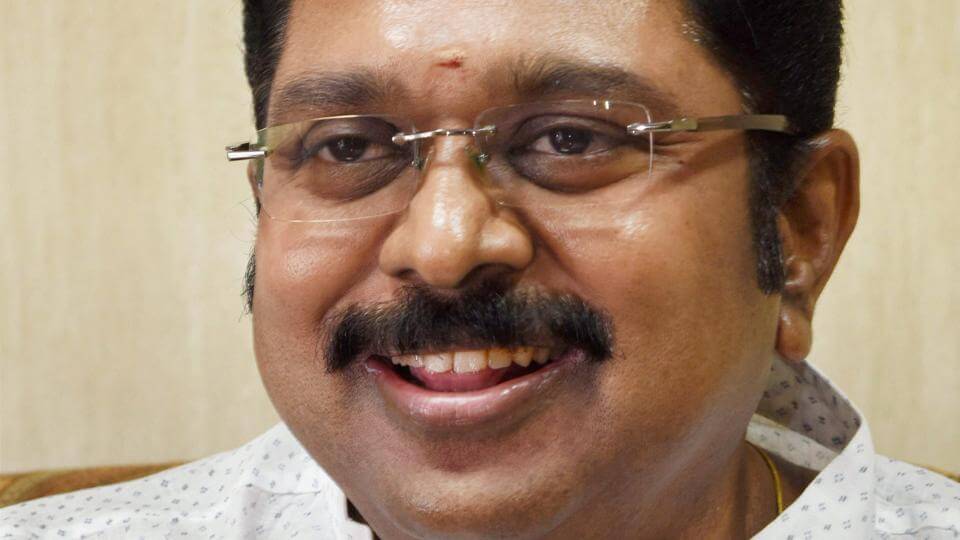 T.T.V.Dinakaran, AIADMK’s Deputy General Secretary on Friday, appeared before the Additional Chief Metropolitan Magistrate (ACMM), Economic Offences-II, in a 20-year-old case registered under the Foreign Exchange Regulation Act (FERA) in which the Enforcement Directorate had imposed a penalty of Rs.28 crore on him. The ACMM, S.Malarmathy, refused to grant an exemption to Mr.Dinakaran from appearing before her during the next hearing slated for March 22.

In 1996, the Special Director, Enforcement Directorate, New Delhi, has initiated adjudication proceedings against Mr.Dinakaran for acquiring the foreign exchange totalling USD 1,04,93,313 from persons other than authorised dealers in foreign exchange, violating the Foreign Exchange Regulation Act.

The Madras high court has confirmed the order of the FERA Board in January of this year, overturning a previous ruling by the ACMM court, which had discharged Dinakaran from the case. Dinakaran’s counsel, MA Jenasenan, urged the court to adjourn the case stating that his client had already appealed against the high court order in the Supreme Court.

He also noted that as Dinakaran was chosen to lead the party by his aunt VK Sasikala hours before she was imprisoned in a Bengaluru jail. As he will contest the RK Nagar by-election, he may be unable to attend the court hearings further.

The counsel has contended because of Mr.Dinakaran contesting the election in RK Nagar Assembly constituency (so he may not be possible to attend the court). Ms.Malarmathy responded saying that she don’t watch television and she is not influenced by what is going on there. She further mentioned that she don’t get carried away by the faction (the divisions in AIADMK).”

On heeding to the request of the counsel, the ACMM has adjourned the case to March 22 and directed Mr.Dinakaran to appear before her without fail.