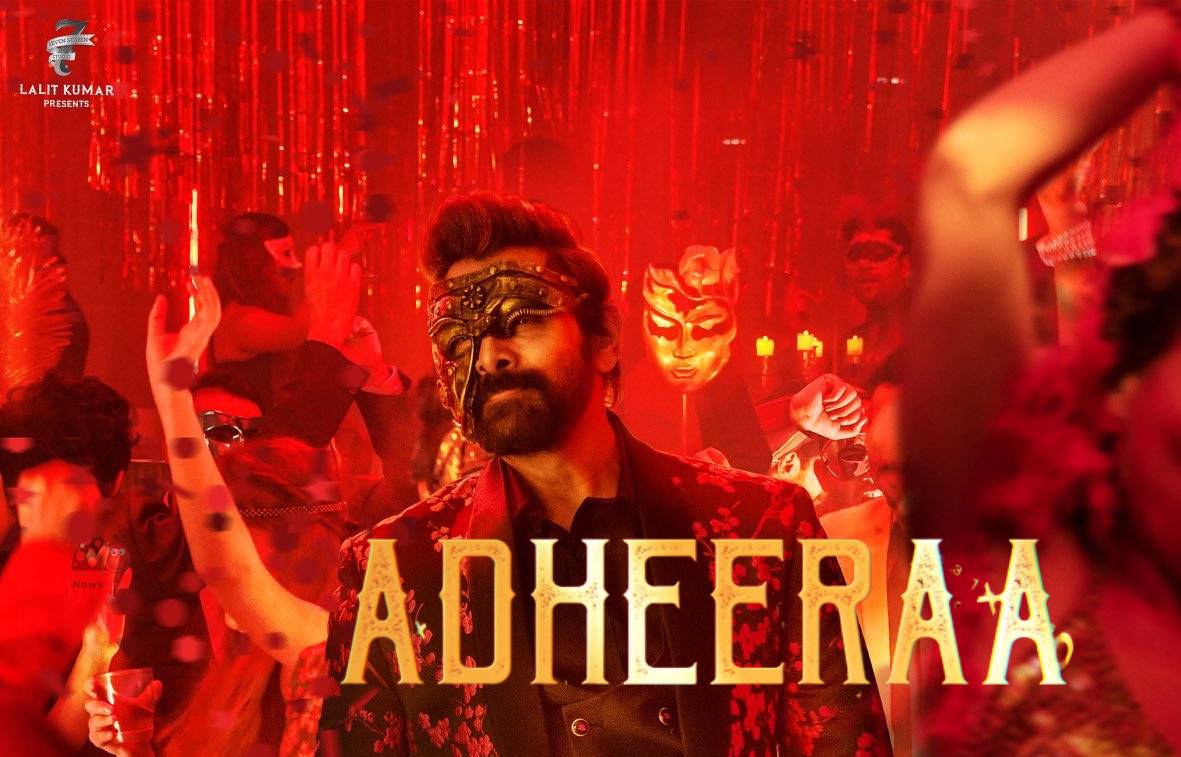 Adheeraa is the second single track from the most awaited Chiyaan Vikram’s Cobra movie. It has colorful vibrant visuals and energetic sounds which are composed by A R Rahman. The film is helmed by Ajay Gnanamuthu and is produced under the 7 Screen Studio. Vagu Mazan has given the vocal for the song and Pa Vijay has scripted the lyrics. The makers of the movie have released a glimpse video of the Adheeraa song, the whole video and track will be available on Sony Music South.

Along with Vikram, the film casts Srinidhi Shetty of KGF fame and the Indian bowling all-rounder Irfan Pathan takes the Antagonist role. The first single Thumbi Thullal has set the top chartbusters song on all the social media and music platforms. While the second is raging towards the top after the glimpse. The fans and audience are much eager about the Adheera full video song. They can listen and download easily on official audio streaming platforms like Spotify, Resso, Jio Saavn, Wynk, Gaana, YT Music, Hungama, Amazon Music, iTunes, and more.

Here are the details of Adheeraa song online 2022,