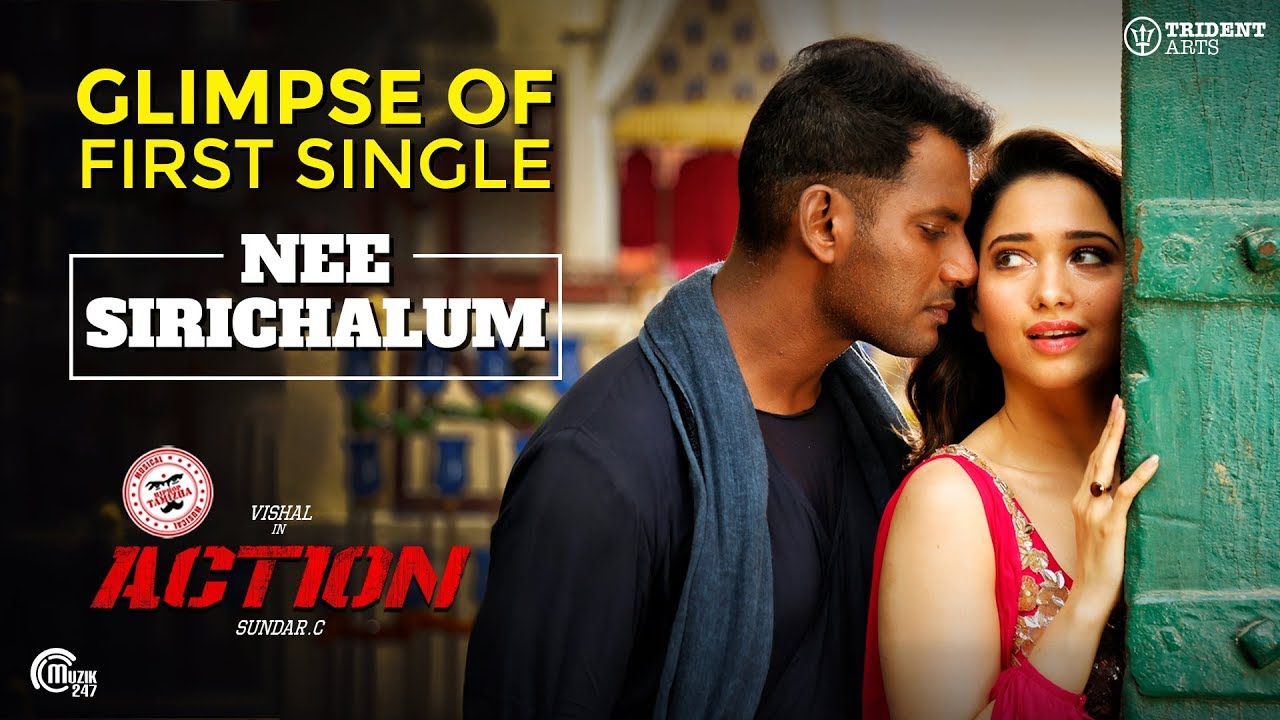 The songs from Sundar C’s Action movie created a buzz among music lovers. The film stars starring Vishal, Tamannaah Bhatia and Aishwarya Lekshmi in the lead roles. The music was composed by youth sensation Hiphop Tamizha and Muzik247 is the Official Music Partner.

The film also stars Yogibabu, Akanksha Puri, Kabir Duhan Singh, Ramki & Others. Cinematography by Dudlee, edited by N.B. Srikanth. The film was being produced by R Ravindran under the banner of Trident Arts. Vishal-HipHopTamizha combo has given many blockbusters like Aambala, Kathakali, and Kaththi Sandai.

Fiyah Fiyah song is a party number from the movie. The song features actress Akanksha Puri who plays the baddie in the film.

Nee Sirichalum song was sung by Sadhana Sargam, Jonitha Gandhi, Srinisha while it is penned by Pa Vijay. Watch the lyric video song below,

Super Singer 7 Finale Tickets and Venue: How and Where to get tickets for Super Singer Finale