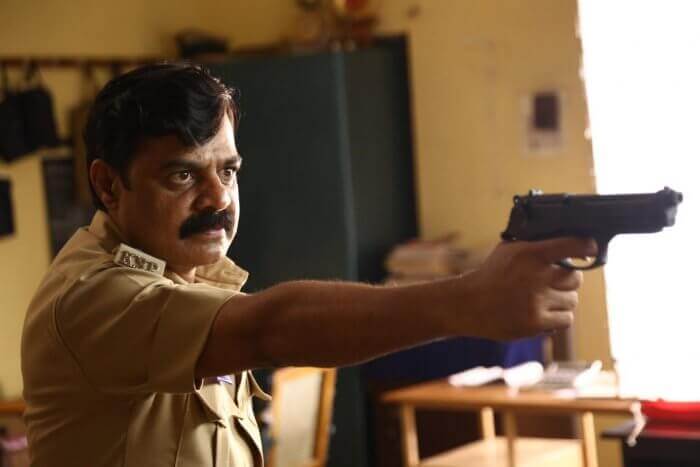 Achyuth Kumar is an Indian movie actor, who predominantly works in the Kannada film industry. He made his acting debut with the Kannada movie “Mouni,” directed by B. S. Lingadevaru in the year 2003. Moreover, he was the recipient of 3 Filmfare Awards, 2 Karnataka State Film Award for Best Supporting Actor.

Achyuth Kumar was born on 8 March 1966 in Tiptur, Karnataka, India. Achyuth Kumar family and schooling details will be updated soon. He completed his graduation in Bachelor of Commerce at Kalpatharu First Grade College, University of Bangalore. Achyuth Kumar wife name is Nandini Patwardhan. He started his acting training at Ninasam cultural organisation located at Shimoga district of Karnataka.

Achyuth Kumar started his acting career as a theatre artist. He made his television debut with the Girish Kasaravalli’s serial Gruhabhanga in the year 2000. Then he began his movie career in the year 2003 with the Kannada movie “Mouni,” along with H. G. Dattatreya and Anant Nag. After the success of that movie, he starred in various Kannada movies like Aa Dinagalu, Josh, Manasaare, Prithvi, Puttakkana Highway and more. In the year 2011, Achyuth Kumar made his Tamil debut with the K. V. Anand‘s movie “Ko,” along with Jiiva, Ajmal Ameer and Karthika Nair. For his performance in the movie “Lucia,” he won the Filmfare Award for Best Supporting Actor. In 2013, he starred in the movie “Hejjegalu,” along with Sudha Belawadi as a gambling addict. For his perfromance in that movie, he won the Karnataka State Film Award for Best Supporting Actor.