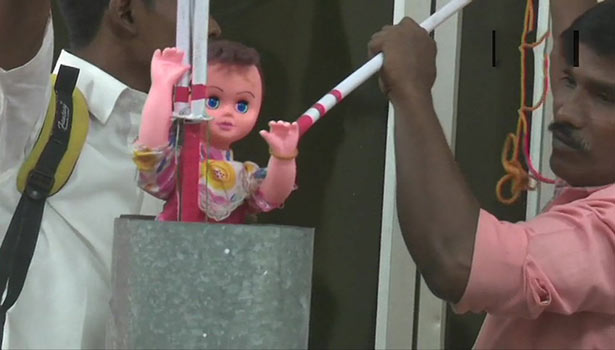 Abdul Razak, Madurai’s self-made inventor, has come out with his latest product that can be used to rescue children falling into borewell.

According to ANI, Razak says, “After the recent borewell incident in Trichy, I decided to invent this machine. In it umbrella technique is used to lift the child from borewell.”

Two-year-old Sujith Wilson, who fell into an abandoned borewell in Tiruchirappalli district on 27 October 2019, was found dead after 82 hours of non-stop rescue efforts.

The officials made several attempts like rope pulling, drilling two metres away from the borewell in which Sujith fell to reach him through a tunnel as he lay trapped at a depth of 88 feet.

The four groups led by Mandikandan from Madurai, Daniel from Namakkal, Sridhar from Coimbatore, and Venkatesh from Chennai, have attempted with their machines they invented to rescue the child from the borewell. But all the attempts are unsucceessful. So many inventors are trying hard to create a mechanism for this problem. Now, Abdul Razak had given a product from his side to safe childrens from the danger wells.

The rescue was called off after suggesting the child had died. A senior officer overseeing rescue told NDTV, “Dismembered body parts only were pulled using hooks and ropes through the same borewell the boy remained trapped. We did not drill any further.”