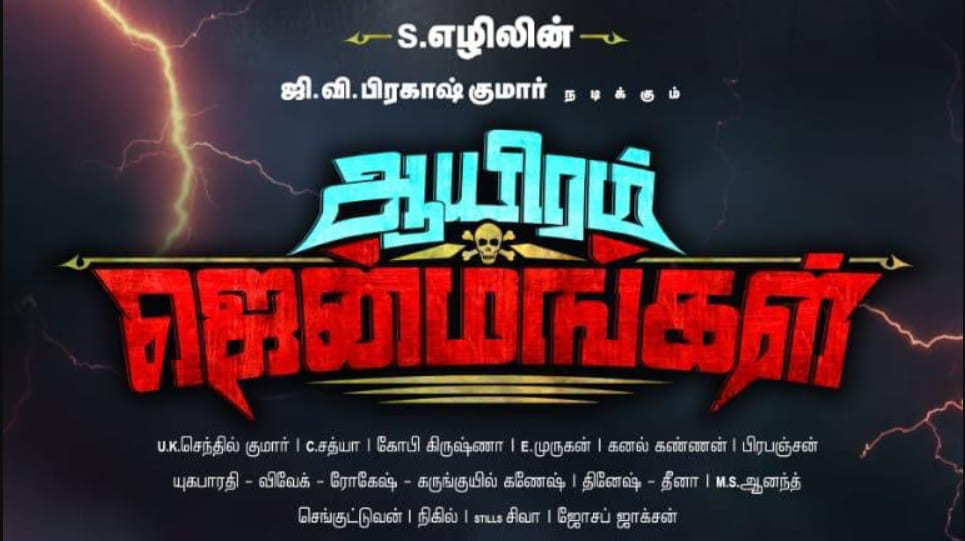 Music director turned actor G. V. Prakash Kumar’s Aayiram Jenmangal is a latest horror drama directed by Ezhil. This movie was being produced by Ramesh P. Pillai under the banner of Abishek Films. Music director C. Sathya has composed the songs and background score for this movie.

Vaadi En Vaayadi is a folk number which was jointly sung by G.V.Prakash Kumar, Solar Sai & Rokesh while it was penned by Rokesh himself.

The duet song Adada was penned by Yugabarathi and sung by singer Vijaynarain.