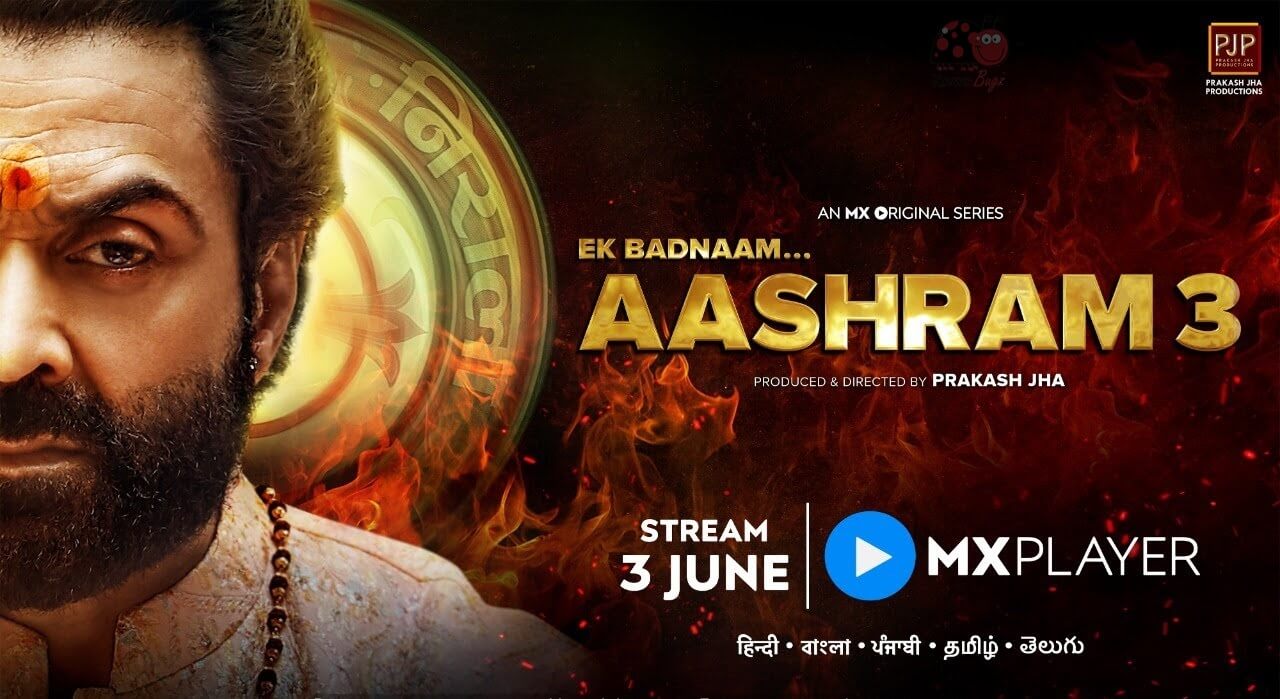 Aashram Season 3 web series online (2022): The most awaited show is now returned with a new season Ek Badnaam… Aashram is directed and produced by Prakash Jha. Bobby Deol and Aaditi Pohankar play the lead roles along with Chandan Roy Sanyal, Darshan Kumaar, Anupria Goenka, and Adhayan Suman as playing important characters. The story and the screenplay are done by Habib Faisal and Kuldeep Ruhil. The series is bankrolled under the banner of Prakash Jha Productions. Aashram 3 is slated to release on June 3.

Aashram season 3 download links are leaked on many torrent websites. Downloading and streaming movies and web series from unauthorized sources is illegal.

The narrative of the story revolves around Megalomaniac baba, who has no morals and ethics and continues to bend the rules to suit him. The Badnaam Aashram continues to exploit women and indulge them in the drug trade. On the other hand, Pammi is trying to seek revenge for Bhagwaan Nirala. To know what happens to Pammi and Megalomaniac baba, watch Aashram Season 3 episodes on MX Player.

Here are the cast members of Aashram Season 3,

According to the sources Ek Bandnaam… Aashram 3 will be released in nine episodes,

Stay tuned with NEWSBUGZ.COM to know more details about the Aashram Season 3 web series 2022. MX Player acquired the streaming rights for this series.

Check out the complete details of the Aashram Season 3 series,