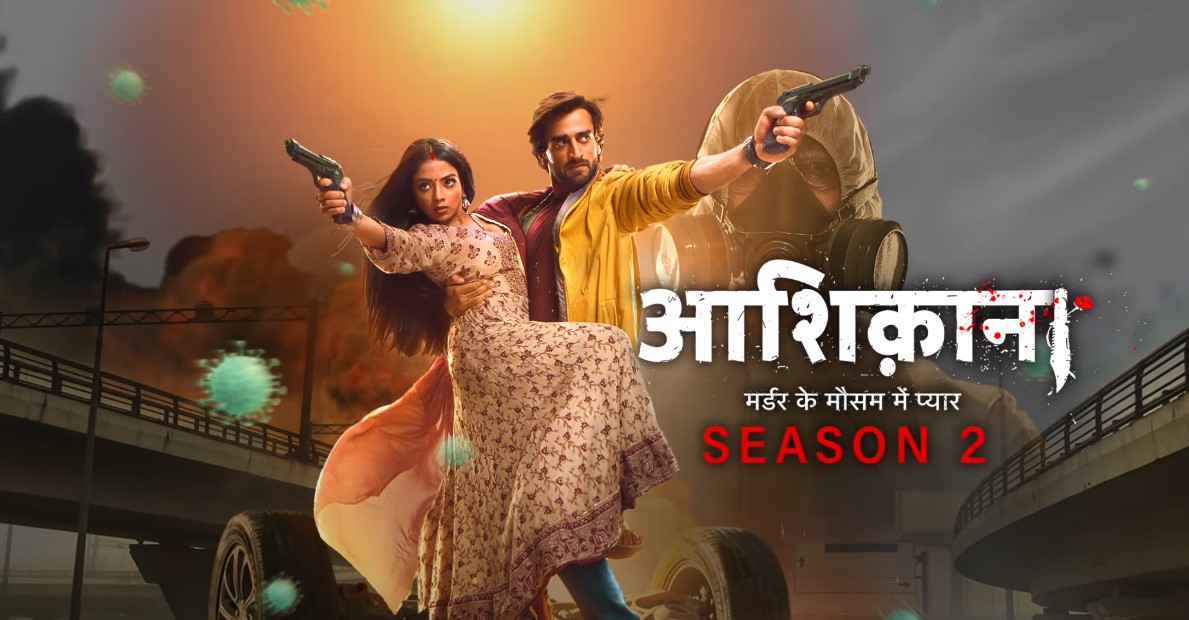 After getting a delightful response from the viewers, Aashiqana: Murder Ke Mausam Me Pyar is returning for Season 2 on Disney Plus Hotstar. Aashiqana season 2 is helmed by Gul Khan known for works like Geet, Qubool Hai, and more. The main casts Zayn Ibad Khan and Khushi Dubey pilot the series for the new season along with Geeta Bisht, Harshita Shukla, and Rekha Dubey in supporting roles. Watch Aashiqana Season 2 episodes exclusively on Disney Plus Hotstar from October 10, 2022.

The first season centers around a bidding love story of a Cop Yash and his love interest Chikki. The season 2 follows previous episodes and also comes as a married couple with exciting moments.

Check out the entire cast list of Aashiqana Season 2 series below,

How to Watch Aashiqana Season 2 Online

Aashiqana is one of the acclaimed tv shows in India. The makers have dropped the new glimpse video and recap of previous episodes. In order to watch Aashiqana web series, the user must have Hotstar app on their device. Aashiqana Season 2 is available only on Disney Plus Hotstar.

Watch the teaser and trailer of Aashiqana Season 2 below,