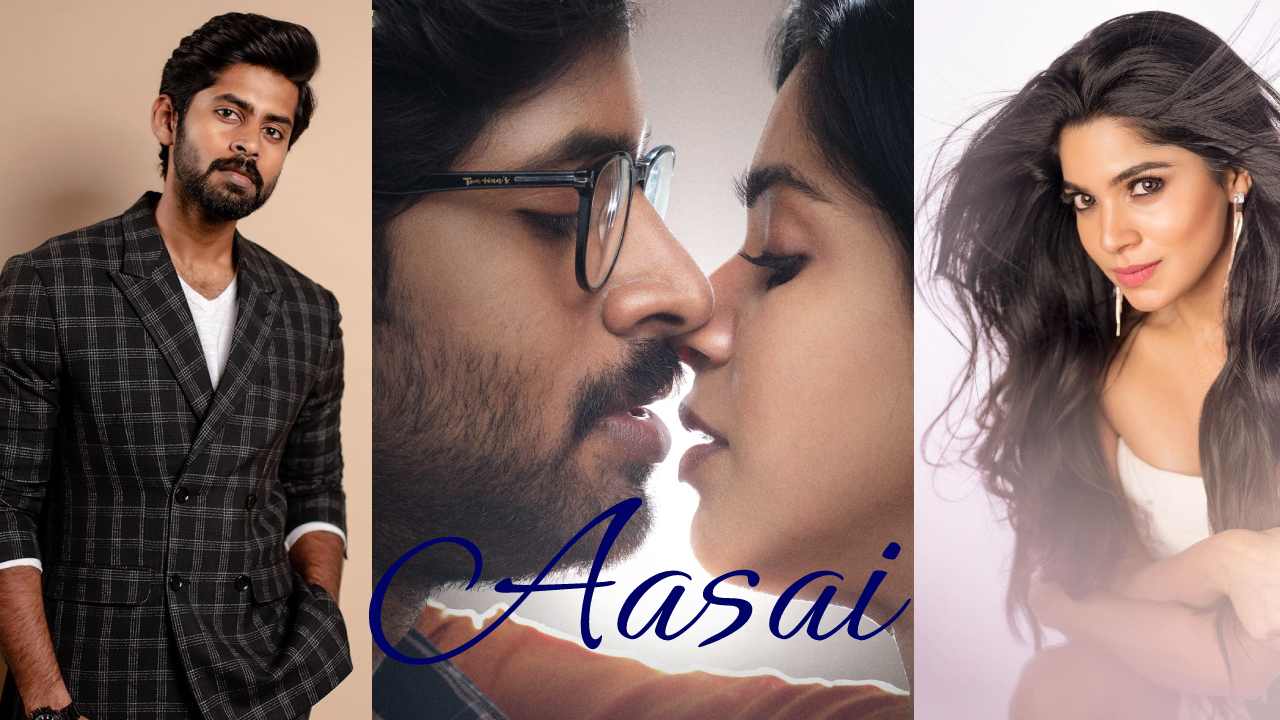 Aasai is the upcoming Tamil romantic thriller drama from the direction of Shiv Mohaa. Actor Kathir takes the main role and Bachelor fame Divya Bharathi pairs opposite. While Shamna Kasim and Linga make significant characters. The film is produced by A.Kumar under Eagle’s Eye Productions. Revaa has composed the music. Babu Kumar and Sudharshan R working on the camera and editing works. The title for the film is used once again after Ajith’s movie in 1995. Aasai movie theatrical release date will be announced in future updates.

Take a look at the important cast of upcoming Aasai Tamil movie,

An announcement on Aasai Tamil movie ott release date will be made soon. Stay tuned with NEWSBUGZ.COM to know where to watch Aasai movie online.

The teaser and trailer for the Aasai movie songs will be announced soon,