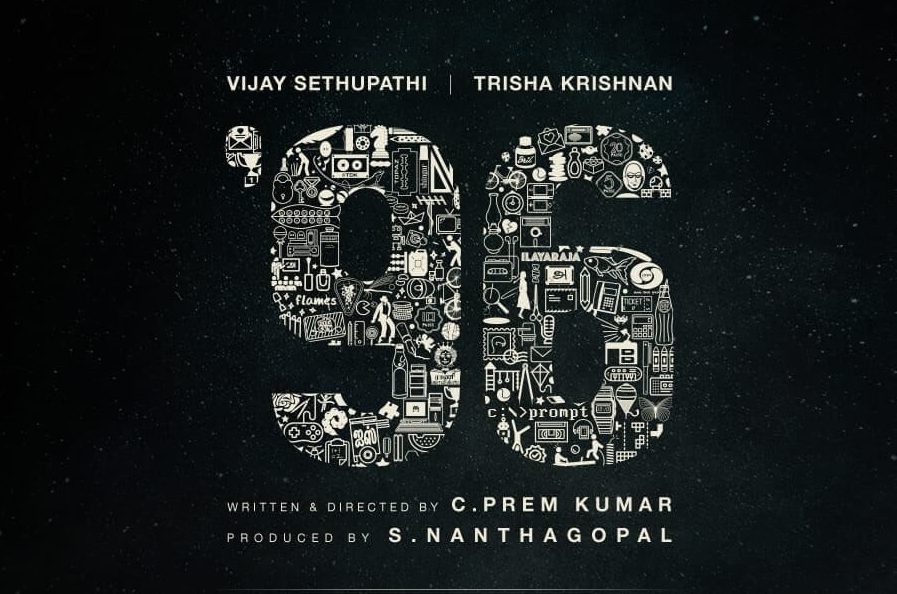 96 is a 2018 Tamil romance movie written and directed by C. Prem Kumar. 96 Film features Vijay Sethupathi and Trisha Krishnan in lead roles along with Adithya Bhaskar, Gouri G Kishan, Janagaraj, Aadukalam Murugadoss, Shyam Prasad and Vishnu Prasad in supporting roles. 96 Tamil Movie is produced by Nandagopal under the banner of Madras Enterprises. Govind Menon is the music director 96 movie and N. Shanmuga Sundaram handled the cinematography work. R. Govindaraj handled editing work for this movie and the first look of this film was released on 14 February 2017. Check out below for 96 Tamil Movie (2018), Cast, Songs, Teaser, Trailer, Review and more.

The 96 Tamil Movie tells the story of Ram (Vijay Sethupathi), a passionate photographer and a nature lover who travels all around the country capturing moments. He gets an opportunity to come to his hometown Tanjavur for a reunion and it takes him down the memory lane as he recalls sweet memories from his schooldays. He also meets his first love Janaki Devi (Trisha Krishnan). Later, they fall in love, but certain situations lead to their separation.

Must Watch Movie. One of the best movie of the Year 2018.

#96TheMovie :Poignant and Powerful
This is one of the best films in a long time. It will make you laugh and cry and we insist that you watch it.@VijaySethuOffl @trishtrashers @Premkumar1710 @govind_vasantha @7screenstudio @proyuvraaj

#96TheMovie – 4/5, It's not an easy task to pull off a film with just two characters throughout the second half. Easily one of the realistic romantic dramas released in Tamil cinema. Thoroughly enjoyed @VijaySethuOffl @trishtrashers @Premkumar1710 👌👌

#96theMovie BRILLIANT! 👏👏👏👏 Best film I’ve seen in a long time 👍. A big round of applause to the entire team of @VijaySethuOffl & @trishtrashers who are outstanding and the unseen heroes @Premkumar1710 @govind_vasantha@MadrasEnterpriz @7screenstudio @proyuvraaj pic.twitter.com/baucQfcncQ

#96TheMovie – 5 stars. A heartwarming tale of love and letting go. Amazing how the film through its lead characters conveys so much about love without actually saying it on screen. Absolute joy to watch @VijaySethuOffl and @trishtrashers but this film belongs to @govind_vasantha

#96theMovie #96Movie -4/5. While #VijaySethupathi has already played middle-aged / old-aged characters with ease, it's remarkable to see @trishtrashers play a middle-aged role here. Sign of maturity. A new turning point in her career👍👏👌