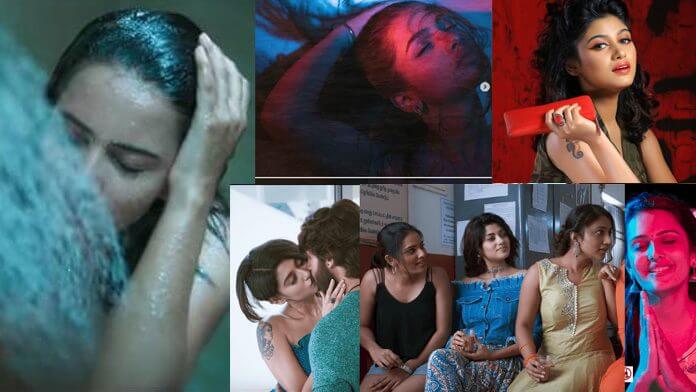 Oviya‘s much-awaited film 90 ML full movie has been leaked online by the notorious torrent website Tamilrockers. Despite court orders and preventive action by Tamil Film Producers Council, the infamous site have been regularly uploading the new releases. It has been a manace for the producers and distributors.

Tamilrockers regularly uploads HD versions of new movies as soon as they get released. It has also streamed some of Bollywood and Hollywood films. Recent blockbusters like Gully Boy, Ek Ladki Ko Dekha Toh Aisa Laga, Manikarnika: The Queen of Jhansi too leaked by the piracy site.

The adult comedy drama was written and directed by Anita Udeep and produced by Udeep of Nviz Entertainment.

The movie also stars Masoom Shankar, Shree Gopika, Bommu Lakshmi, Monisha in lead roles. Actor Silambarasan has composed the songs and background music for this movie. With Anthony taking care of editing work, Arvind Krishna has handled the cinematography work for this film.