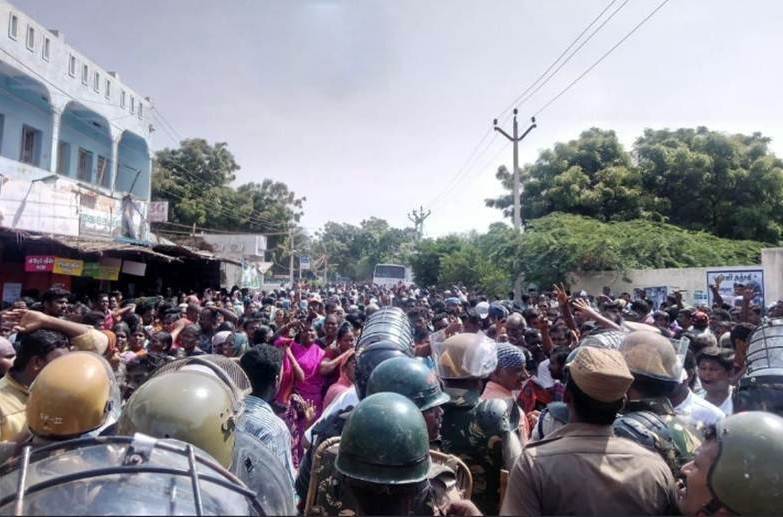 Thoothukudi Sterlite Protest: Protests for closing the copper smelting plant in Tuticorin has been occurring for the past three months but no positive result was gained by the protestors. Thus the frustrated protestors went on a rampage today appealing the ruling government to take legal actions on the plant. The official statement from the government did not mention any casualties but the local media reports confirm around 9 begin dead in today’s riots. Around 20,000 people gathered today in front of district collector’s office and started abusing the government. 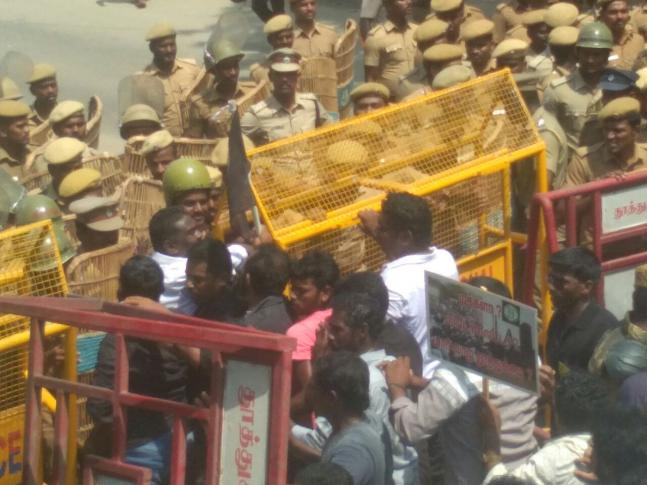 The AIADMK spokesperson Jayakumar said that the cops didn’t have any option but to open fire to keep the chaos under control, which had turned “extremely violent”. MK Stalin, working president of the opposition DMK Party has blamed the government for such arrogant activity on protestors who had been peacefully protesting. The Sterlite plant should be shut down he added.

“Citizens are not criminals. They are the ones who lose their lives,”

Mr Kamal Haasan of the Makkal Needhi Maiam commented on the event. “It is the negligence of the government. The government ignored peaceful protests,” he added.

Environmental activists point out that the plant, controlled by London-headquartered Vedanta Resources, can produce 400,000 tonnes of copper a year. It has been shut for more than 50 days pending permission from the state pollution regulator due to alleged non-compliance with pollution rules. 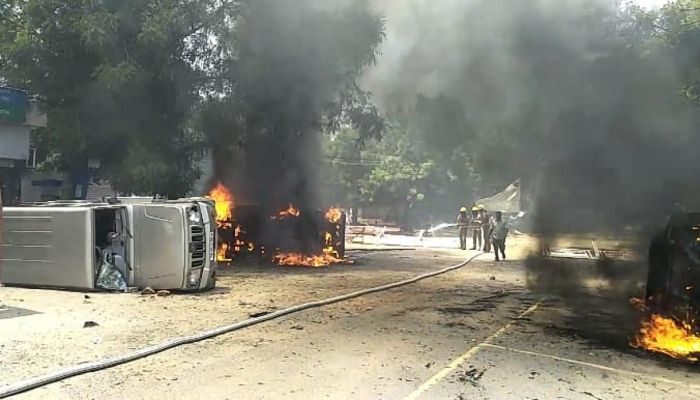 In the year 2013, hundreds of people suffered breathing difficulty, nausea and throat infection following an alleged gas leak from the plant. The Sterlite plant was ordered to shut down following allegations of violating pollution control norms but reopened after authorities “failed” to establish that the gas had leaked from Sterlite. Later, the Supreme Court ordered the company to pay a 100 crores fine. 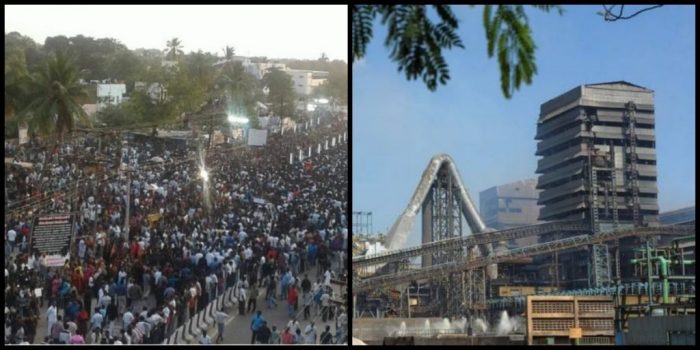 But there is no clarity on why the protest turned violent this time. The police officials said that the protesters toppled vehicles, set fire on many vehicles, hurled stones at the police and destroys the district collector’s office. Tamil Nadu Chief Minister Edapaddi K Palaniswami said that they had no other choice to stop the protestors and also tweeted,

DMK working president and opposition leader MK Stalin have blamed the government for ignoring the protests for 100 days because it was peaceful. He also condemned “police atrocities” on the protestors.

Where does the final accountability lie for the brutal murder of at least 11 Tamils? Will @CMOTamilNadu take action against DGP for failing to maintain law and order? Will Chief Secretary explain her role in this entire episode? Will there be justice for #SterliteProtest ?

Makkal Neethi Maiam Leader Kamal Haasan also blamed the ruling AIADMK  government for ignoring peaceful protests. He said that Citizens are not criminals… They are the ones who lose their lives,”.