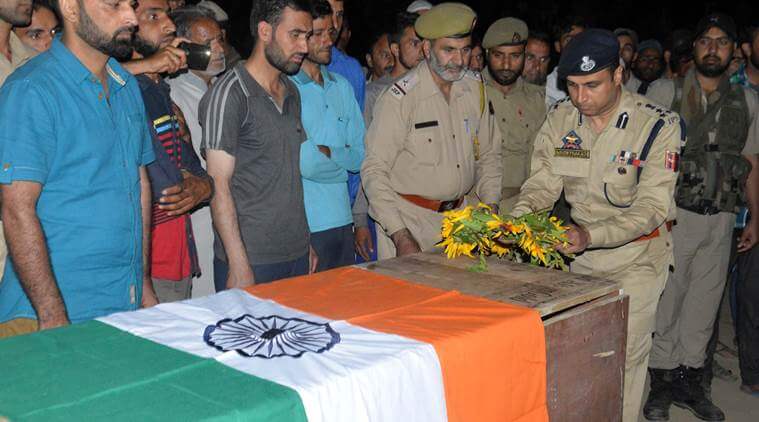 On Friday, Six policemen were killed, including a station house officer, of Achabal area in the another militant attack within three weeks by terrorists ambushed a police party on the outskirts of Anantnag district of South Kashmir.

When the police party was travelling in a jeep at Thujwara in Achabal area, some 65 km from summer capital Srinagar, the terrorist attack is done.

The militants set an ambush on Anantnag-Achabal road near Kulgad village and fired at the police party. They shot the policemen in their faces from close range by disfiguring them and escaped with their weapons.

Senior police officials told that all the six policemen, including Feroz Ahmed, a station house officer, died on the spot.  Army has been called out to undertake an operation as combing in the area. 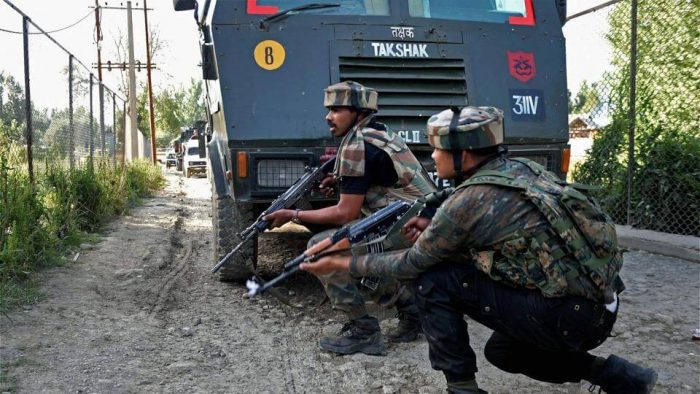 Six policemen were killed, including a station house officer, of Achabal area in the another militant attack

“It is an unfortunate incident to have lost six men, including sub-inspector Feroz, a resident of Pulwama. Their contribution to the police service will be remembered,”

Feroz Ahmed, age 32, a 2010 batch sub-inspector and a resident of Dogripura in Awantipora, had two daughters aged six and two. The other deceased officers are constables Sharik Ahmad and Tanveer Ahmad from Budgam district, Sheraz Ahmad from Achaba, Asif Ahmad and Sabzar Ahmed from Anantnag.

Lashkar-e-Taiba is a team based in Pakistan has claimed the responsibility for the attack. Abdullah Ghaznavi, a spokesman told a news agency that they attacked the police party in Achabal and in which they killed six policemen.

They wanted to take revenge of the Arwani encounter on Friday morning in which their local commander Junaid Mattoo is supposed to have died, the police said.

All the three militants involved are believed to be dead after the encounter at Arwani in Bijbehara area, a No bodies have been recovered so far.

On Thursday afternoon, a killing of a policeman in Kulgam, including daylight attack last year on a police van in which three policemen, including an officer by Mattoo, who carries a bounty of ~10 lakh on his head was suspected as the terrorist.

This is the second major attack on a police party after May 28, that was a militant attacked a police party at Phambai area of Kulgam in South Kashmir by killing five policemen and two bank guards.

“It seems that South Kashmir is slipping every day from the hands of the state government. I hope somebody in New Delhi wakes up now,”.

This incident is a clear example of lawlessness prevailing in the entire area, a CPM leader Mohammed Yusuf Tarigami said in South Kashmir.

“It shows that the state government has completely failed … I wonder when will the Union home ministry wake up.”