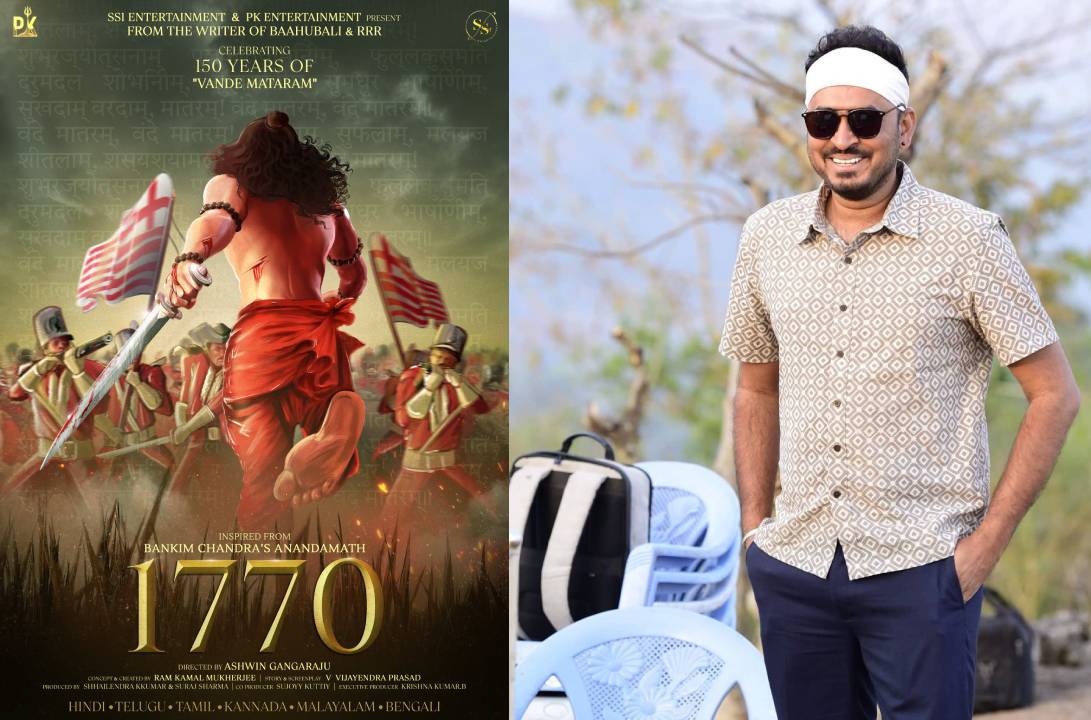 1770 movie is an upcoming pan-India movie directed by SS Rajamouli’s protege Ashwin Gangaraju, known for the Bahubali series and Aakashvaani. It is based on the novel of Bankim Chandra Chatterjee’s Anandamath. V. Vijayendra Prasad, the father of SS Rajamouli has also co-written and scripted this biggie project. The makers are yet to finalize the cast and crew members. Based on the poster, the film revolves around early independence, where the protagonist fights against colonial forces. Moreover, he holds his sword against the armed guns. This heroic epic tale is in the pre-production stage and the release date will be announced soon.

The cast for the latest epic drama 1770 movie will be updated below,

An official announcement of the 1770 movie online release date and OTT will be announced soon. Stay tuned with NEWSBUGZ.COM to know where to watch this epic drama 1770 (2023) online.

The trailer and teaser of 1770 movie will be released soon,

Take a look at the intriguing poster of 1770 movie,