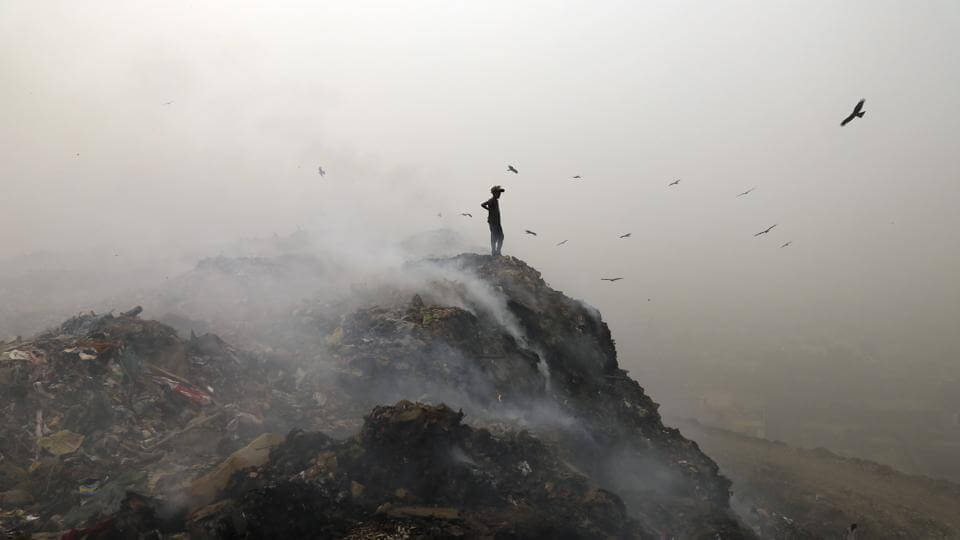 Polluted Cities in India: Delhi and Varanasi are among the 14 Indian cities that are featured in the list of most polluted cities in the world in terms of PM2.5 levels in 2016, a report released by WHO today. The report also stated that 9 out of 10 people in the world breathe air containing high levels of pollutants. Other polluted cities in India were Kanpur, Gaya, Patna, Faridabad, Srinagar, Agra, Muzaffarpur, Gurgaon, Patiala, Jaipur and Jodhpur followed by Ali Subah Al-Salem in Kuwait and few cities in Mongolia and China. In terms of PM10 levels, 13 cities in India are figured among the 20 most-polluted in the world in 2016.

WHO has called upon the Southeast Asia region member countries to address the double burden of household & outdoor air pollution, saying the region, which includes India, accounts for 34 pc or 2.4 million of 7 million premature deaths caused by household and ambient air pollution together globally every year. The PM2.5 contains pollutants like sulfate, black carbon and nitrate, which poses a high level of risk to human health. 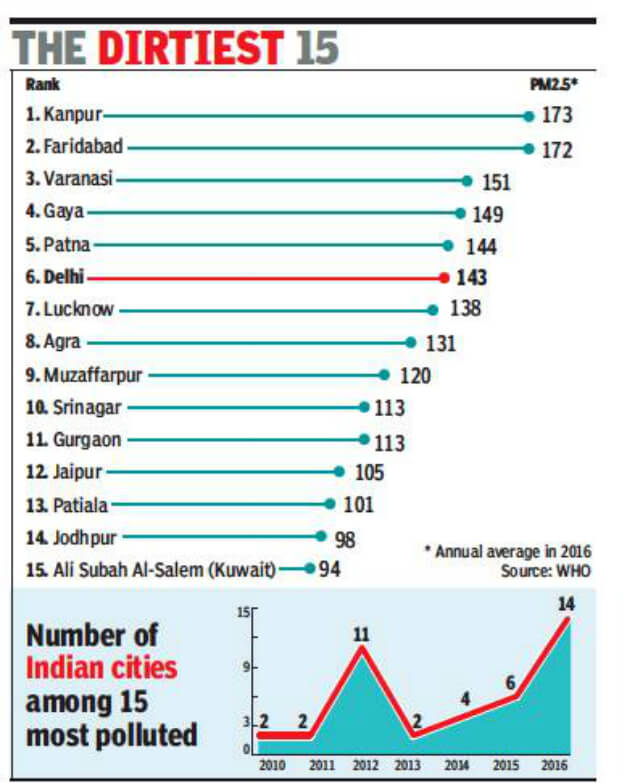 According to WHO’s world urban air pollution database, ambient air pollution alone caused 4.2 million deaths in 2016, and household air pollution caused nearly 3.8 million died in the same period. From 2016, almost 1,000 additional cities have been added to the database of WHO’s, which indicates that more countries are taking specific measures to reduce air pollution. The report also stated that “nearly 7 million people die every year due the exposure of fine particles in the polluted air which penetrate deep into the lungs and cardiovascular system, thereby causing diseases including heart disease, stroke, lung cancer, pneumonia and chronic obstructive pulmonary diseases.”

The report also revealed that nearly 90% of air pollution-related deaths occur in low and middle-income countries, mainly in Asia and Africa, followed by low and middle-income countries of the eastern Mediterranean region of Europe and America. Regarding that, India’s Pradhan Mantri Ujjwala Yojana’s plan has provided 37 million women living below the poverty line with free LPG connections in just two years. All the countries in the polluted region are taking certain efforts to expand the availability of clean fuels and technologies, but 60% of the population doesn’t have clean fuel.

“Air pollution needs to be brought under control with urgent and effective action. Non-communicable diseases are the leading cause of deaths globally, and air pollution contributes significantly to NCDs such as cardiovascular disease, respiratory disease and lung cancer. Cleaning up the air we breathe will help prevent NCDs, particularly among women and vulnerable groups such as children, those already ill and the elderly.”