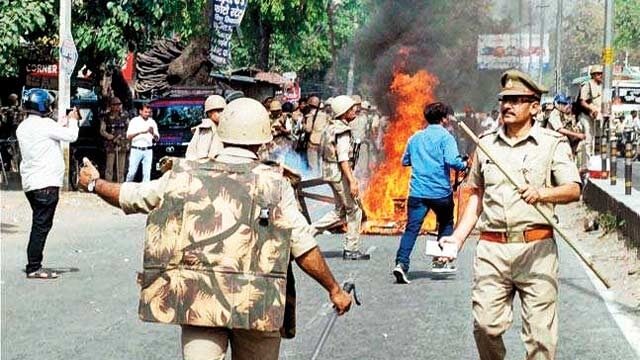 The day after, one was shot dead and nearly 12 were injured after the Fresh clash erupted in Chandrapur village of Saharanpur district in the western part of Uttar Pradesh. The Chief Minister Yogi Adityanath sent a team of four senior officials to Saharanpur to control and monitor the law and order situation. This group includes ADG, Law and Order, Aditya Mishra, IG STF Amitabh Yash, DG Security Vijay Bhushan and this team was lead by Home Secretary Mani Prasad Mishra. This incident took place after an hour of Bahujan Samaj Party (BSP) supremo Mayawati’s visit, riot-torn Shabbirpur village on Tuesday.

These Clashes happen in Chandrapur, and it’s Neighboring Villages between the upper cast men and the Dalits, the people who were returning from Mayawati’s meeting. As per Saharanpur SSP Subhash Chandra Dubey, he said that nearly 24 peoples arrested and 3 FIR’s lodged. 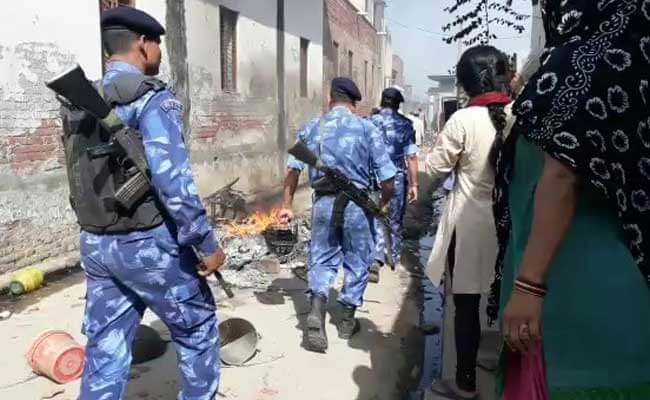 Clashes happen in Chandrapur, and it’s Neighboring Villages between the upper cast men and the Dalits

Mayawati attended Shabbirpur for Dalits, It was lead by Bheem Army, and they stormed to Jantar Mantar in Delhi for the demonstration of over anti-Dalit violence that held on May 21.

The houses of Dalit were burnt that resulting in the tension with the Upper cast Thakur community it happened in the first week of May. At the time of her visit to the village, Mayawati met few of the Dalits to get their first-hand information about their situation and then she addressed the party workers at the Ravidas temple. The main reason was here that the Dalits were refused permission by the people of the upper cast to place the statue of DR BR Ambedkar and it’s the spark of the tension in the village.

“I want to offer the BSP platform to all organizations who are working for the cause of Dalits to hold functions,” said Mayawati in a bid to woo the Bheem Army.

Mayawati took the BJP that led UP government that is responsible for the violence and all claimed the ruling party has failed to stop its force from attacking the weaker section. The BJP wanted to destroy the inter-caste agreement, and also she said that the district administration is responsible for the tension in the village.

Mayawati also declared that the CM Yogi Adityanath had misused the official machinery to derail harmony in the state and said that there were no such incidents happen when i ruled the State.

The leader told Rs 50,000 for the owners of the houses lighted in the clashes and Rs 25,000 for the injured during the accusing the BJP government of not helping the sufferers.

“The government didn’t give approval to land helicopter in the village. I had to come by road, that was a blessing as I met my people en way,” said Mayawati declaring that the BJP government tried its best not to permit her to meet the villagers.